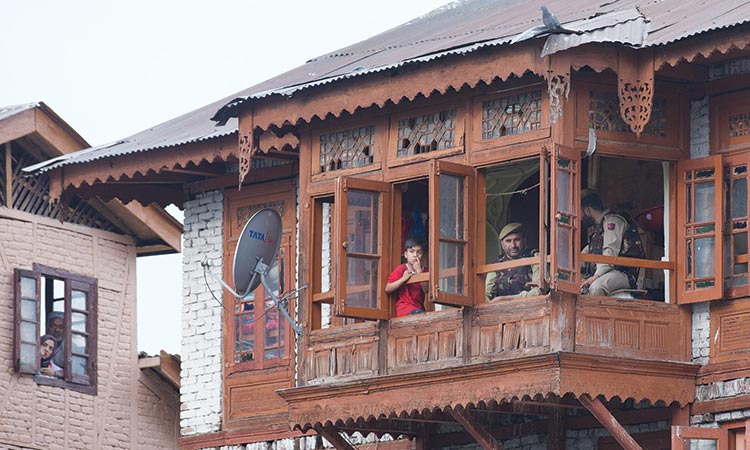 A boy watches a Martyrs’ Day ceremony from the window of his house as cops keep vigil near Martyrs’ Graveyard in Srinagar on Saturday. Associated Press

Police said that a taxi carrying passengers from Ukhral village to Alinbass went out of the driver’s control and dropped into a deep gorge.

Three women and two men including the driver of the taxi were killed in this accident and three others were injured.

Police said that they started a rescue operation immediately and the injured have been shifted to hospital.

Separately, authorities imposed restrictions in parts of Srinagar city on Saturday to prevent separatist-called protests in connection with the Martyrs’ Day.

July 13 is observed as Martyrs Day in Jammu and Kashmir to remember those killed in the firing outside the Srinagar Central Jail by forces of the Dogra Maharaja in 1931.

The state government observes the day to honour those who fought for Independence in 1947.

It is a public holiday in the state.

Police sources said restrictions have been imposed in parts of Old City areas.

“These restrictions are preventive in nature and have been imposed to maintain law and order,” the sources added.

The first to arrive at the martyrs graveyard in Khwaja Bazar, Naqashband Sahib area of old city Srinagar was Khurshid Ahmad Ganai, advisor to the state governor. Ganai offered ‘Fateha’ prayers and floral tributes at the graveyard.

Shops, public transport and other businesses remained closed in Srinagar and many other towns in the Kashmir Valley.

Heavy deployments of security forces have been made to maintain law and order in Srinagar and other places in the valley.

Separately, the Amarnath Yatra was suspended on Saturday with no pilgrim allowed to move towards the Kashmir Valley from Jammu due to a separatist-called protest shutdown, police said. 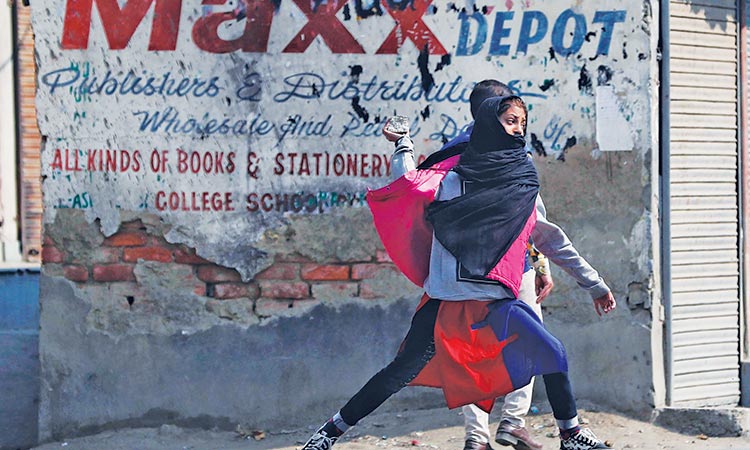 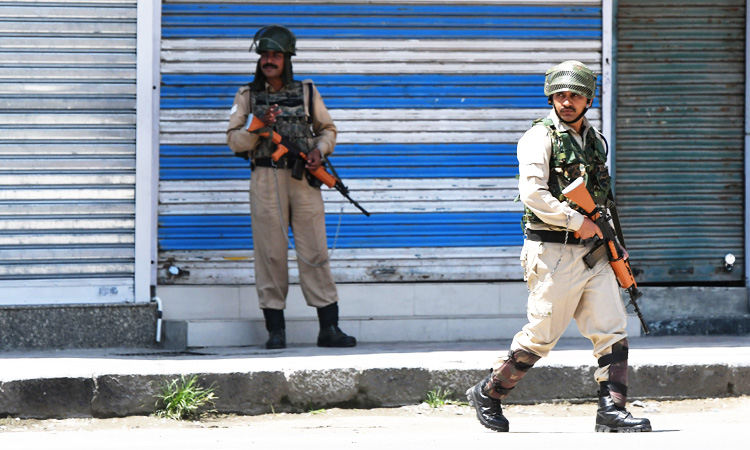