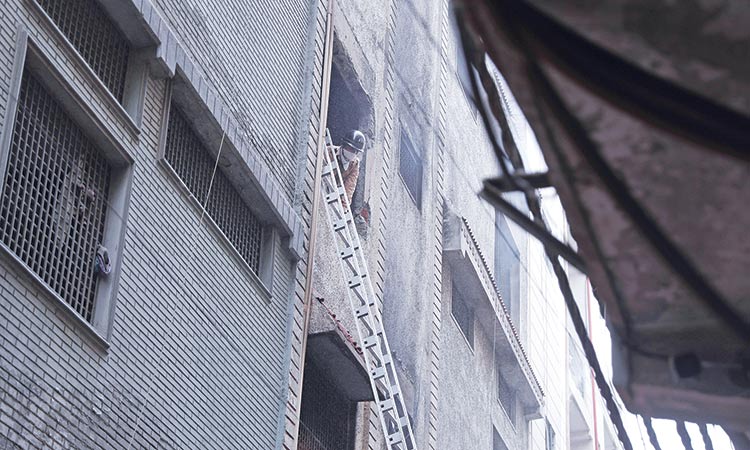 A firefighter communicates with colleagues working to put out a fire at a rubber factory in New Delhi on Saturday. Associated Press

According to fire officials, a short-circuit on the ground floor of the three-storey factory, involved in packaging of brass taps, resulted in a fire that turned into a massive blaze after it spread to the second floor that was used to store pieces of cardboard.

Around 70 people were working in the factory when the fire broke out. Though most employees were evacuated out of the building, three — Shoaib, Manju and Sangeeta — could not. Their bodies were later recovered by fire officials.

The factory, owned by Naem Ahmed, a resident of Zafrabad, had been running for over four years, said Pradeep, its supervisor.

Separately, two wild tuskers, who crossed over into Uttar Pradesh from Nepal last month, were continuing to roam there, sending forest and wildlife experts on a wild goose chase.

All efforts to herd the two tuskers back into Nepal or away from human habitation have so far proved futile.

The elephants, who have travelled from Nepal to Pilibhit and now Bareilly, had reached Mandanpur village in Bareilly on Friday night, which is around 4 km from Rampur. An alert has been sounded on the Rampur border.

Forest Department officials said they will continue with the “push-and-pull” process with the help of five trained cow elephants from Dudhwa.

They have identified three routes leading to the forests of Uttarakhand and Nepal depending on which one the tuskers choose — western, central and eastern directions.

These two jumbos that entered Pilibhit’s Amaria block 18 days ago, have killed four people and injured three. Since then, they have moved to Bareilly, Rampur and Rudrapur and are now back in Bareilly.

Chief Conservator of Forests, Jhansi, and in-charge of elephant rescue operation, PP Singh said: “The wild tuskers are moving on the right track with a slight deviation. If they deviate to the eastern side, they will be taken to Nepal through Mahof range of Pilibhit Tiger Reserve and Lagga Bagga corridor. 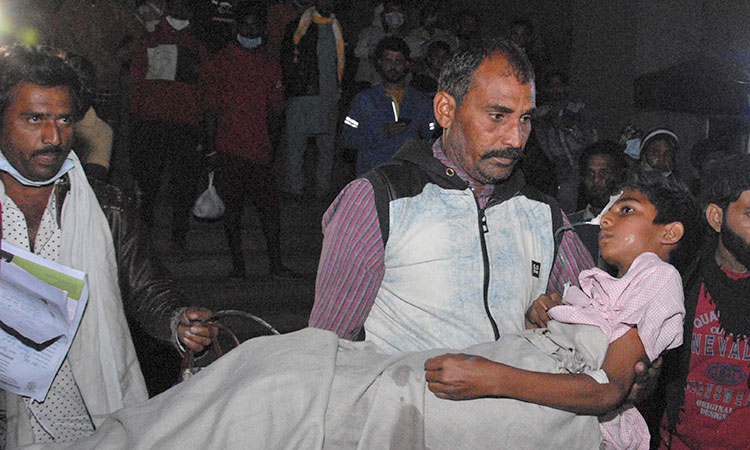 Four infants die after fire breaks out in Indian hospital

A total of 40 children were in the special ward of the hospital at the time of the incident. Of these four died, and the fire officials along with the hospital staff evacuated 36 to safety, said Medical Education Minister Vishvas Sarang.