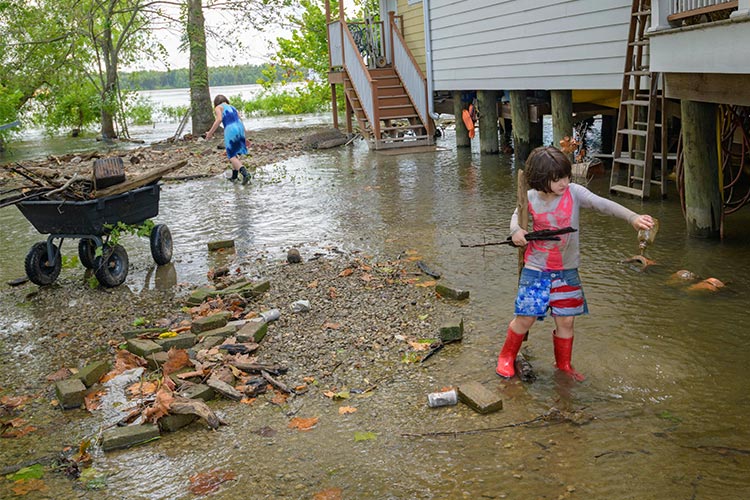 Delilah Campbell and her Tallulah Campbell clear driftwood and other debris in preparation of Tropical Storm Barry near New Orleans. AFP

Officials have urged residents to shelter in place rather than evacuate as the storm had maximum sustained winds of 40 miles per hour (64 kph).

Forecasters issued a storm-surge warning of up to 6 feet (1.8 m) for a stretch of Louisiana coastline south of already-sodden New Orleans stretching from the mouth of the Atchafalaya River to Shell Beach. Rain was an equal danger, given that the lower Mississippi River, which runs through New Orleans, has been above flood stage for six months.

The lower Mississippi is forecast to peak at 19 feet (5.9 m) on Saturday, the highest it has been since 1950, according to the National Weather Service.

"The more information we get, the more concerned we are that this is going to be an extreme rain event," Louisiana Governor John Bel Edwards said at an afternoon news conference. "If Tropical Storm Barry becomes a hurricane, it would be the first time we've had the hurricane hit the state with rising rivers."

He said he expected the storm to measure a Category 1, the lowest rung on the five-step Saffir-Simpson scale of hurricane wind strength, when it comes ashore.

The slow-moving storm was located about 90 miles (145 km) south of the mouth of the Mississippi River at 2 p.m., the National Hurricane Center said.