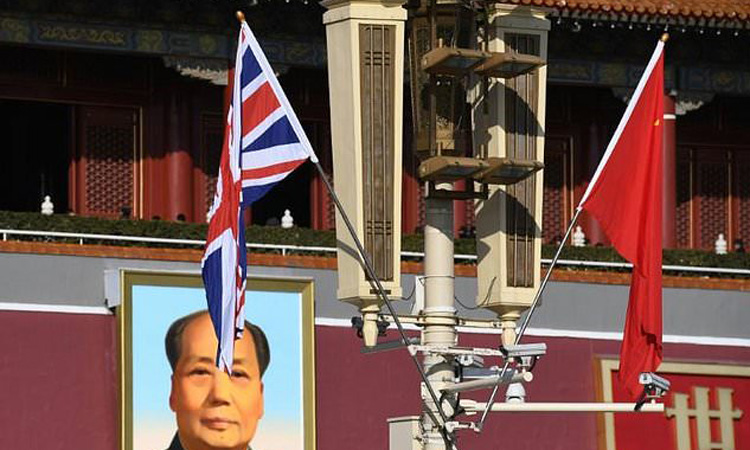 The British embassy in Beijing has confirmed the arrest of four Britons in China's Jiangsu province. File photo/ AFP

Police in the city of Xuzhou in Jiangsu province said on Wednesday that a total of 19 people were arrested in a drugs case centring on a local branch of a language school.

Police gave no other details on specific nationalities or facts of the case.

“We are in contact with the Chinese authorities following the arrest of four British people in Jiangsu province, and are providing consular assistance,” a spokeswoman with the British embassy in Beijing told AFP.

The spokeswoman said the embassy could not confirm whether the arrests were related to the drugs case.

Swiss-based Education First, which operates a chain of language schools in China, released a statement this week acknowledging a suspected drug case at one of its branches in Xuzhou.

It said the company was cooperating with police on the investigation and that employees found to be involved in wrongdoing would be dismissed.

Drug convictions can attract long prison sentences in China, or the death penalty in cases of trafficking.

China has already sentenced two Canadians to death on drug trafficking charges this year, as a diplomatic dispute with Ottawa rages.

Beijing is furious over the Vancouver arrest of a top executive from telecom giant Huawei on a US extradition request related to Iran sanctions violations.

The Canadian drug sentences have sparked questions over whether they were in retaliation for the Huawei arrest.