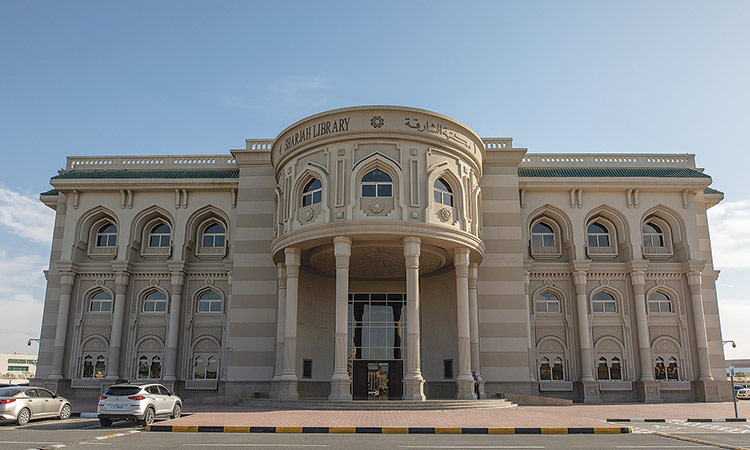 An outside view of Sharjah Public Library.

Sharjah Public Library (SPL), a Sharjah Book Authority (SBA) affiliate is standing ready to bring the best of French, Chinese and Korean cultures to the children of the UAE aged  seven to 12, through a series of edutainment workshops, starting from July 14 until 18, themed around culture, art and environment. The aim of holding such an innovative summer activity is in line with the ambition of the Emirate of Sharjah to deepen the understanding and knowledge of the youth about new cultures.

The ‘Chinese Culture Day’ will introduce participants to the ancient and rich history and language of China, besides drawing the attention to few brilliant similarities between the Arab and Chinese cultures. In addition, other activities that will be part of the workshops are on the use of chopsticks, the tea rituals of Chinese, their unique clothing and the ways of writings names using the Chinese alphabet.

The ‘Let’s go to South Korea’ workshop will transport children to China’s eastern neighbour, teaching them about Korean language, traditions and culture as Korean culture is considered one of the oldest continuous cultures in the world. From visiting the nation’s beautiful historic places to learning about traditional South Korean games, and other entertaining activities will be fun and educational in equal measure.

Finally, a visit to Europe’s cultural powerhouse France; titled ‘French Time,’ the workshop will be a great beginners lesson in basic French language reading and writing. Young participants will also have the opportunity to immerse in other aspects of the famous French culture.

On Wednesday, Heart of Sharjah announced it will be organising a workshop on ‘Al Qatt,’ an intricately beautiful art form practised in the Asir Province in Saudi Arabia, on July 13 at Sour Al Arsa. The workshop will be conducted by Muneera Al Tamimi and Mohammed Kazim, founders of Tamashee, a culture-focused, research-driven footwear brand based in the UAE.

Al Qatt is a very old art form that is found in the geometric shapes that adorn the inner walls of homes in Asir, a southern province in Saudi Arabia. Asir’s unique geographical and social make-up has spawned a colourful culture evident in the lives and arts of the people of the region, which is showing in every aspect of their lives, ranging from architecture and interior decoration, to folklore and dances.