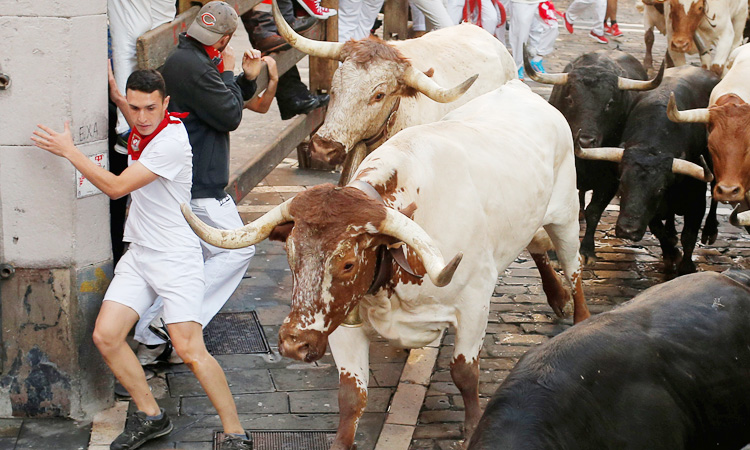 A reveller shies away from a steer during the running of the bulls at the San Fermin festival in Pamplona, Spain, on Thursday. Jon Nazca/Reuters 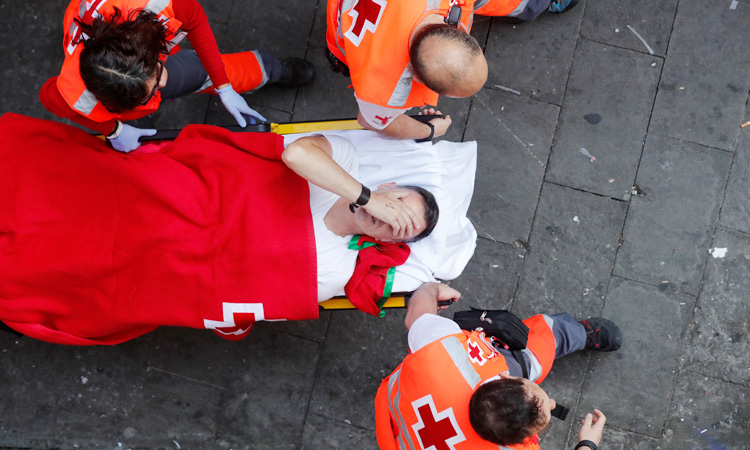 A reveller is helped by medical staff during the running of the bulls at the San Fermin festival in Pamplona, Spain, on Thursday. Susana Vera/Reuters

On each morning of the centuries-old festival, over a thousand people, many wearing traditional white shirts with red scarves, line the narrow streets at 8am (0600 GMT) to run from half a dozen specially bred bulls heading for the bull ring, where the animals are killed later in the day.

The route runs for 875 m (950 yards) through Pamplona's medieval streets, though most runners will sprint little more than 40 metres before being overtaken by the stampeding herd.

On Thursday, bulls bred at the Victoriano del Rio ranch in Guadalix, outside Madrid, were used in the run, which lasted just over two minutes.