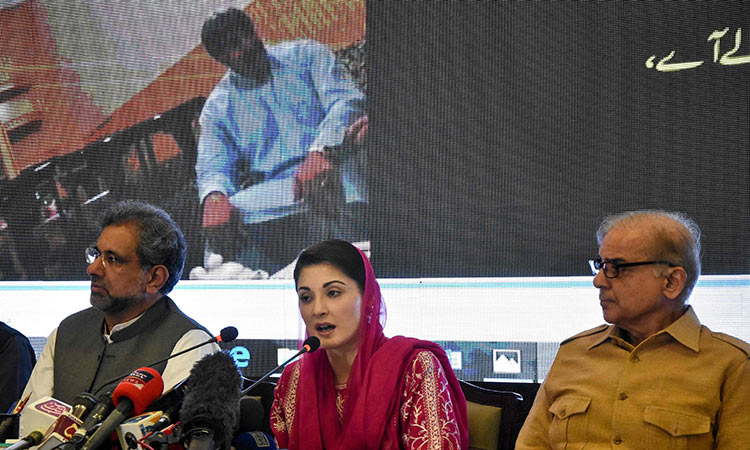 Maryam Nawaz, the daughter of former Pakistan Prime Minister Nawaz Sharif, has shared two more video clips to corroborate her claim that Accountability Judge Arshad Malik allegedly met a PML-N 'sympathiser to confess that he had been "pressurised and blackmailed" to convict her father, the media reported on Thursday.

On July 6, a video purported to be about the conversation between Judge Malik and PML-N supporter Nasir Butt was played on a screen projector during a presser called by Maryam at the Pakistan Muslim League-Nawaz's provincial headquarters in Lahore, Dawn news reported.

A day later, Judge Malik acknowledged to have met Nasir Butt in the past, but rejected Maryam's allegations, saying that the former leader was convicted on the basis of evidence.

In one of the two videos shared on Twitter on Wednesday, Judge Malik's "official car with a green number plate" is seen coming to escort Butt, who then allegedly follows the car to the Judge's residence.

The video "belies all claims of Judge Arshad Malik that he mentioned in his press release," Maryam claimed.

The second video shows Butt entering the Judge's residence. "Judge Arshad Malik comes in, greets Nasir and switches the lights on," she wrote.

However, the authenticity of both the videos have not been verified, Dawn said.