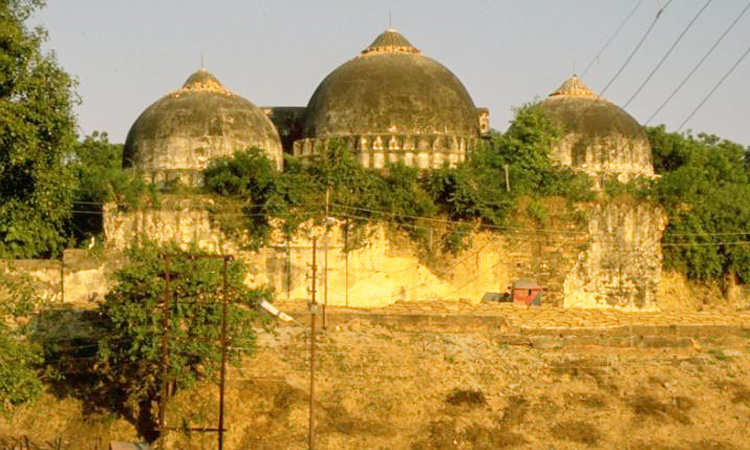 Babri Masjid in Ayodhya, UP, India.

If mediation fails, then the Supreme Court may begin day-to-day hearing in the Ayodhya dispute, said the apex court on Thursday while hearing an application filed by one of the parties representing the Hindu community.

The application was moved on Tuesday by Gopal Singh Visharad to list the dispute for adjudication saying there had been no progress in the mediation process.

His counsel and senior advocate P.S. Narasimha mentioned the matter before a bench headed by Chief Justice Ranjan Gogoi and Justices Deepak Gupta and Aniruddha Bose.

The counsels representing the Hindu parties contended that the dispute had been pending for 69 years and the nature of mediation deployed to resolve the row did not appear to be heading in a positive direction.

“Eleven joint sessions have been held, but it seems inconclusive... Difficult to sort out through mediation,” contended the counsel.

Senior advocate Rajeev Dhavan, representing one of the Muslim litigants, said the application was an attempt to scrap the mediation process and the counsels of Hindu parties were not fair in criticizing the methodology of the committee set up to resolve the Ayodhya row.

A Constitution bench headed by Gogoi called for a report from the committee regarding the progress on mediation. If it is observed that there is no progress, then day-to-day hearing can begin from July 25.

Narasimha contended that not much progress had been made in the first round of mediation process, which was initiated by the top court.

The court allowed him to file the application and said it will see to his plea for listing.

On May 10, the Supreme Court extended the term of the mediation committee till August 15.

The court said the members of the committee were not experiencing any difficulty in the mediation process.

It observed that the Chairman of the committee, former Supreme Court judge F.M.I. Kalifulla, had indicated progress in mediation and sought extension of time to complete the task.

The court refused to divulge the details on the mediation efforts.

The court observed that the mediation process can be extended if required.

The court's observation came after a report was submitted on the mediation efforts.

Senior counsel Rajeev Dhavan, appearing for one of the Muslim litigants, told the court that they have no objection to the mediation process taking time.

Iqbal Ansari, the son of Muslim litigant Hashim Ansari in the Ayodhya case, said: “This matter is very old and the issue cannot be resolved in two months.”

The Kalifulla panel has Art of Living founder Sri Sri Ravi Shankar and senior advocate Shriram Panchu as its other members.

The mediation is taking place at Faizabad, close to Ayodhya.