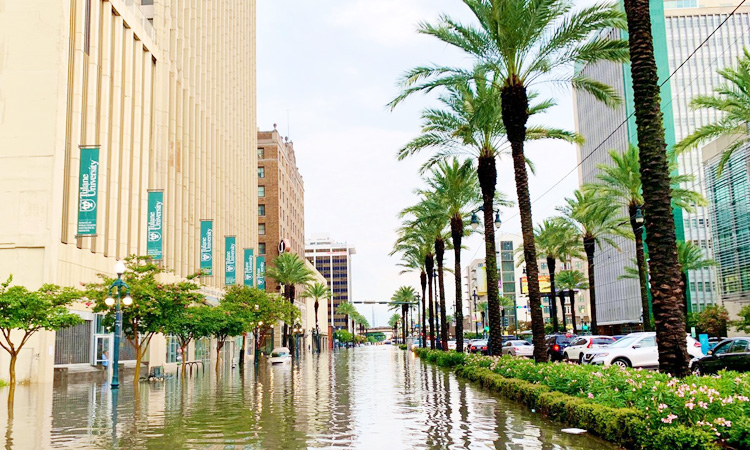 A flooded area is seen in New Orleans, Louisiana, US, on Wednesday. Reuters

New Orleans was hit with widespread flooding on Wednesday from heavy rain spawned from a weather system that forecasters warned could grow into a hurricane capable of causing severe inundation of the low-lying US city.

The weather system churning in the Gulf of Mexico is expected to intensify this week into the second named tropical storm of the year, and ultimately the first Atlantic hurricane of 2019 as it heads closer to land, forecasters said.

New Orleans officials warned that a hurricane could bring a coastal storm surge into the mouth of the Mississippi River capable of raising the river’s height to 20 feet (6 meters) above sea level, high enough to overflow some sections of the levee system protecting the city.

Louisiana Governor John Bel Edwards declared a statewide emergency on Wednesday. “No one should take this storm lightly,” he told a news conference.

New Orleans has been battered by devastating storms before, including 2005’s Hurricane Katrina, which left most of Louisiana’s largest city underwater, killed hundreds of residents and displaced 130,000 people.

The city was hit early on Wednesday by thunderstorms that meteorologists said were associated with the building Gulf storm. A water spout, a weather phenomenon that resembles a tornado, formed over Lake Pontchartrain near New Orleans, and the Weather Service issued a tornado warning.

City Hall was closed, and many New Orleans streets were flooded after parts of the city received more than 8 inches (20 cm) of rain.

The Gulf weather system is likely to develop at the least into a tropical storm, which would be named Tropical Storm Barry, Beven said.

“The forecast has it becoming a hurricane, but there’s a possibility that it might not also,” Beven said by phone from the National Hurricane Center in Miami.

Oil and gas companies scaled back production and evacuated some offshore oil platforms as the storm approached.

Southeastern Louisiana was expected to be drenched by 4 to 6 inches (10 to 15 cm) of rain by week’s end, with some areas receiving up to 18 inches (46 cm), Beven said.

Officials in Plaquemines Parish, south of New Orleans, ordered residents in some areas to plan to evacuate their homes on Thursday ahead of the storm.

And west of New Orleans, officials in Vermilion Parish advised some residents in low-lying areas and people living in mobile homes to consider moving to higher ground. 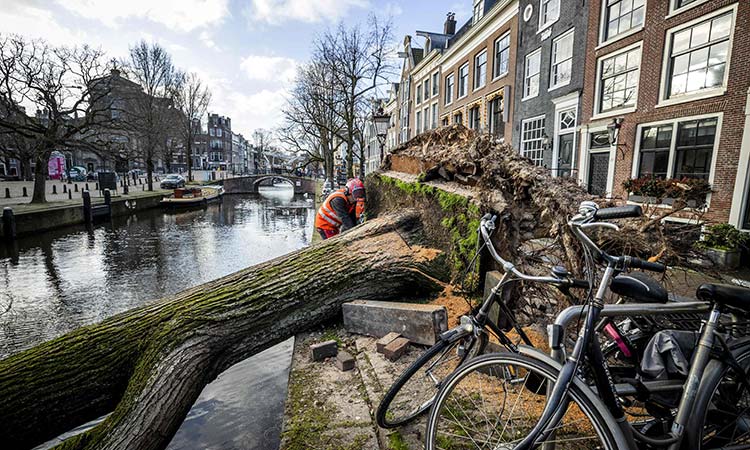 Around 155,000 British homes were still without power late on Saturday after Storm Eunice knocked more than 1.3 million households off the grid the day before, energy companies said.