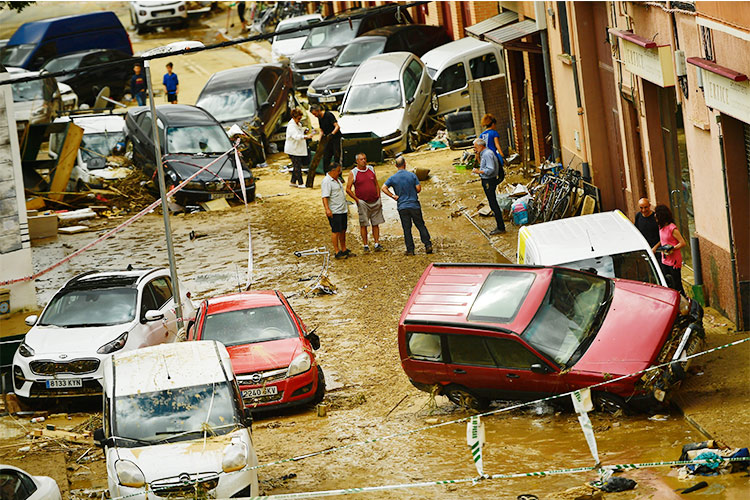 Residents gather in the street next to damaged cars after heavy rains in Tafalla, Spain. AP

Firefighters in northern Spain found the body of a driver on Tuesday whose car was swept away by flash floods which forced the closure of roads and disrupted trains.

Video images showed cars floating in water, or piled up in the streets.

The man's body was found in the early morning hours in the town of Ezprogui in the Navarra region, the government statement said.

The mayor of the nearby town of Tafalla, where a river overflowed its banks, said there had been no warning.

"If it had been forecast, a situation where we see the river rising, we could have warned locals in the areas adjoining the river to move their cars, and there could have been less damage. But it happened in the blink of the eye."

The Cidacos river surged from a depth of 11 centimetres (4.3 inches) to over four metres (13 feet) in just a few hours in some spots after Navarra received four times as much rain on Monday as had been forecast, according to the government statement.

Six secondary roads remained closed in Navarra on Tuesday because of the damage caused, police said.

In Pamplona, the capital of Navarra, the downpour caused officials to suspend a bullfight on Monday evening that was part of the city's famous San Fermin festival. 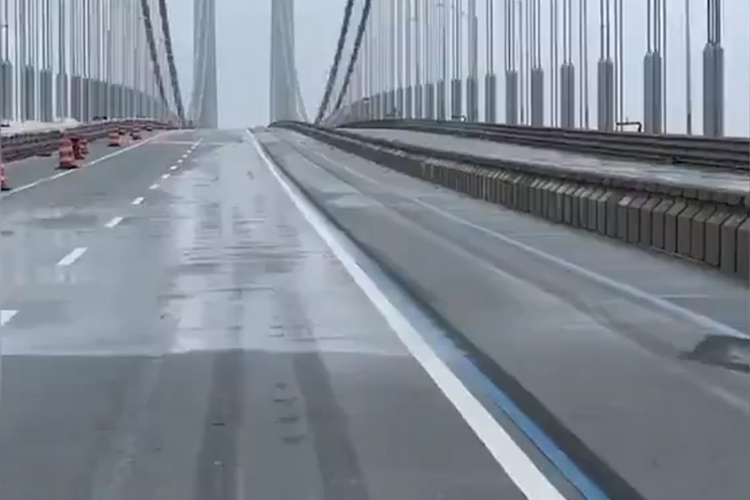 The Metropolitan Transportation Authority said, “The upper level of the Verrazzano-Narrows Bridge is closed to all traffic in both directions because of high wind conditions."