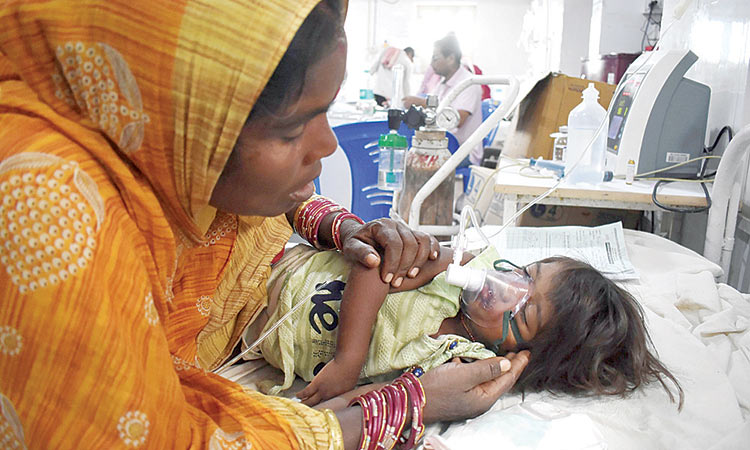 A mother holds her child who is receiving medical care for AES at a hospital in Muzaffarpur. Agence France-Presse

After more than 160 children died from Acute Encephalitis (AES) in Muzaffarpur and surrounding districts of Bihar last month, six more children in Gaya district are suspected to have died of AES in a week, an official said on Tuesday.

Most of the dead children were under the age of seven years.

Of the 23 children admitted to Anugrah Narayan Magadh Medical College and Hospital (ANMCH) from July 2 till date, six have died, a health officer said here.

ANMCH Superintendent VK Prasad said that the deaths were suspected to be caused by AES.

“However, nothing is formed as of now as the reports are still awaited.” Four children suspected to be suffering from AES were in critical condition, Prasad said.

According to the Bihar State Health Department, more than 700 children have been affected by AES this time in 20 of the 38 districts.

Meanwhile, a child was admitted to the hospital on Monday night after he tested positive for Japanese Encephalitis.

The Bihar government informed the Supreme Court it is grappling with 43% shortage of doctors and nearly 70% shortage of nurses and ANMs together, yet it has waged a battle against acute encephalitis syndrome (AES) to protect and save human lives.

The government in an affidavit, filed in response to the apex court notice on state of health system to address AES deaths, accepted that overall human resources available in health system is not as per standard norms, and that the health department is taking steps to recruit medical officer, para-medicals and other technical support.

The government admitted 43% shortage of doctors and 70% together for nurses and ANMs in the state.

The government told the apex court that treatment of AES is free under Ayushman Bharat PMJAY scheme. The government has also issued detailed guidelines on AES especially in the litchi growing and established seven pediatric ICUs, having 10 beds, at six major hospitals in the affected districts.

Last week the top court sought reply from the Bihar government about the steps taken to prevent the recent deaths of children due to AES. The government said it has taken all possible steps to prevent and cure the diseases and also initiated measures to contain its spread. 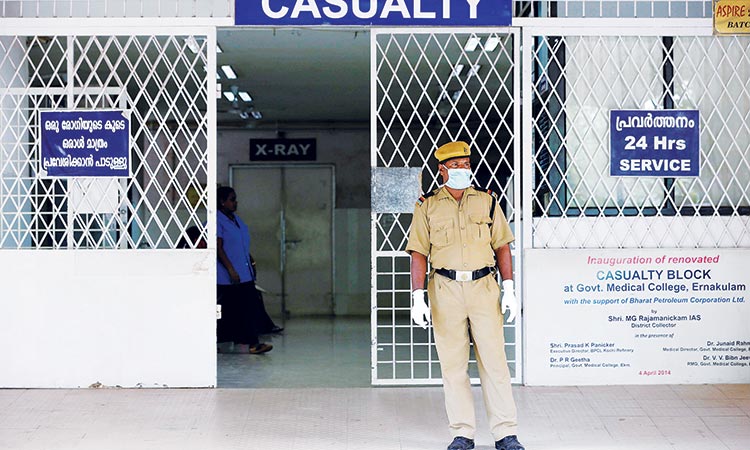