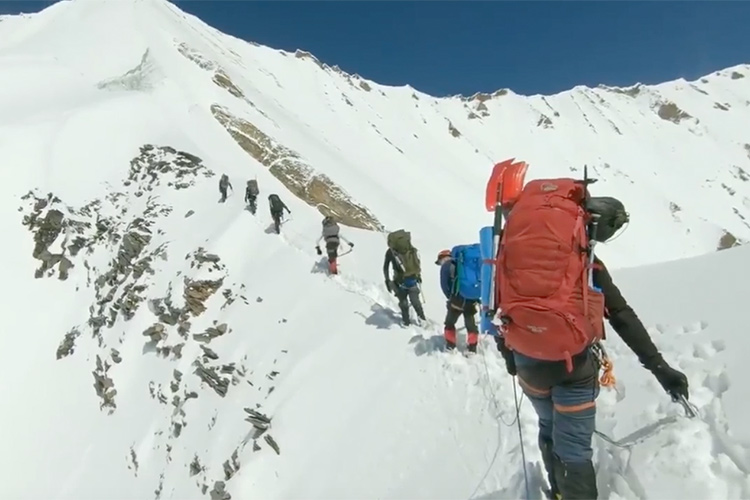 A video grab shows the climbers trekking on the unnamed peak near Nanda Devi.

A 154-second clip showing the dying moments of the doomed Himalayan climbers has been released by the Indo-Tibetan Border Police (ITBP) on Monday.

The ITBP said on Twitter, “Last visuals of the mountaineers' team near the summit on unnamed peak near the #NandaDevi east. ITBP search team of mountaineers found the memory video device at 19K ft while they were searching the area where bodies were spotted.”

The heart-wrenching clip of the final moments of the team of climbers swept away in an avalanche as they attempted to scale an unconquered Himalayan peak has gripped the media and raised questions about the safety of climbers.

The final climber in the line carried the camera. It was found buried in snow near where seven bodies were uncovered.

Team leader Martin Moran is still missing, according to authorities. 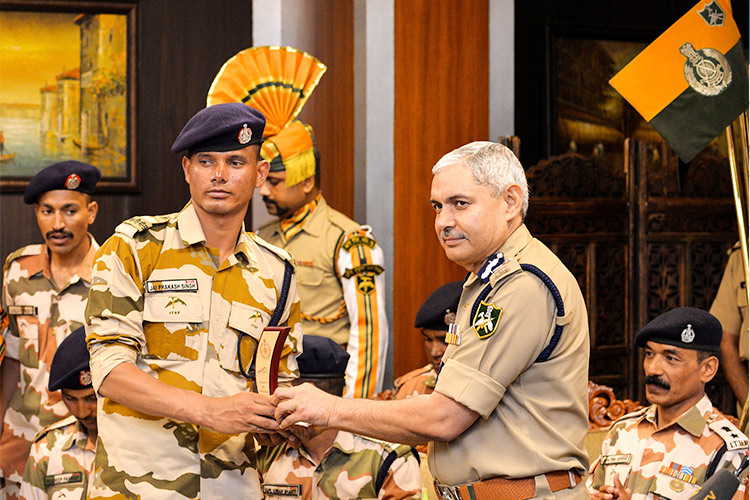 "It was mesmerising for us to see the footage," said APS Nambadia, the ITBP deputy inspector general who planned the operation to retrieve the bodies.

"It will help us to analyse what went wrong with their mission," he told a press briefing.

Nambadia said, "The GoPro has proved to be like the black box of an aircraft giving an insight into the last few moments of the climbers."