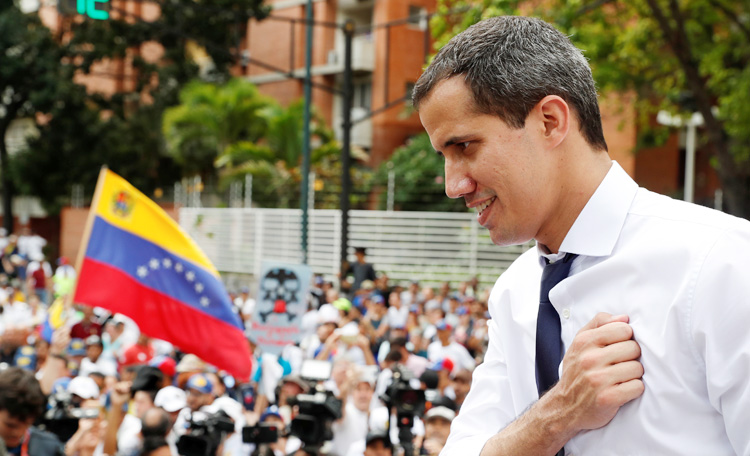 Juan Guaido gestures during a rally against the govt of Nicolas Maduro and to commemorate the 208th anniversary of the country's independence in Caracas on Friday. Carlos Garcia Rawlins/ Reuters

Venezuela’s Independence Day on Friday was marked by rival rallies led by opposition leader Juan Guido and President Nicholas Maduro, who waged a war of words even as the UN warned of eroded rule of law in the country.

Guido, who considers himself Venezuela’s legitimate acting leader, implored supporters in the streets of Caracas not to give up hope: “Don’t leave! We’re going to get there! Have no doubt, we’ll succeed.”

The crowd that gathered to hear the center-right leader, who in January declared himself acting president in a direct challenge to Maduro’s authority, was markedly smaller than those at the beginning of the year.

The country was observing the July 5 holiday celebrating the country’s 1811 Declaration of Independence.

Maduro, meanwhile, led a military parade down the Paseo de los Proceres, a boulevard honoring the country’s founders, and received a public display of support from the country’s top military brass.

“Count on the armed forces... we are not afraid to face the enemies of the country,” General Remigio Ceballos, commander of operational strategy, assured the president.

UN rights chief Michelle Bachelet meanwhile presented a damning report on Venezuela which pointed to attacks on political opponents and activists, including torture and thousands of killings by security forces in the country.

She said that attempting to exercise the most basic rights like freedom of opinion, expression, association and assembly in Venezuela “entails a risk of reprisals and repression.”

The United States, along with some fifty other countries, including major Latin American powers, has declared Maduro to be illegitimate and recognized Guido as the interim leader.

But Maduro has withstood a US-led pressure campaign that includes sanctions on Venezuela’s crucial oil exports, and still enjoys support from Russia, China and Cuba. 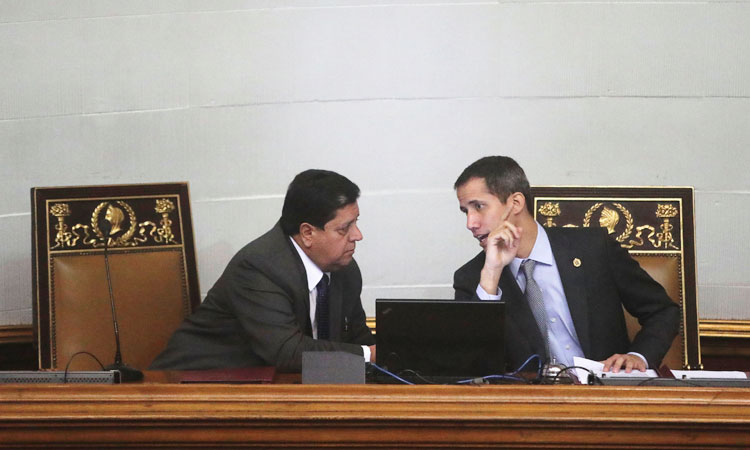 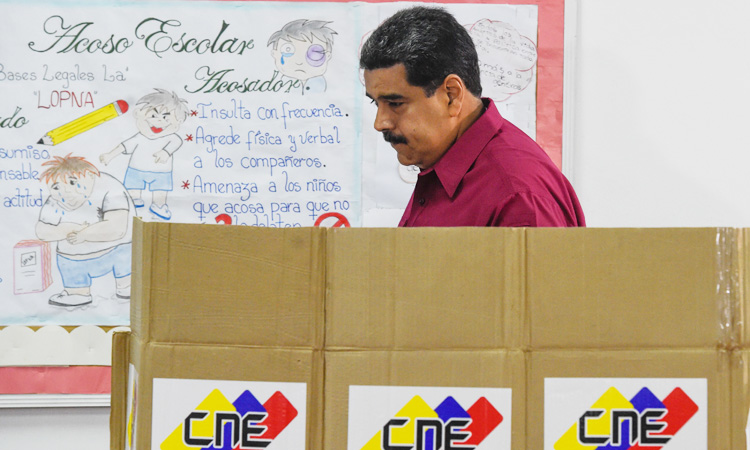 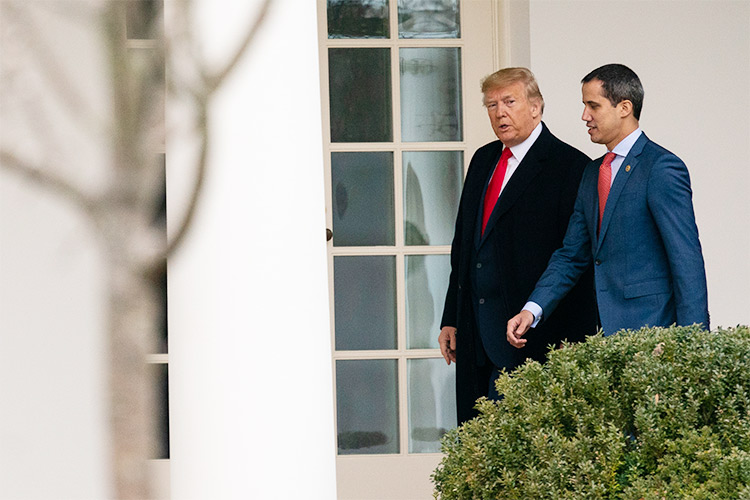