US refusal to give F-35s to Turkey would be ‘robbery’: Erdogan - GulfToday 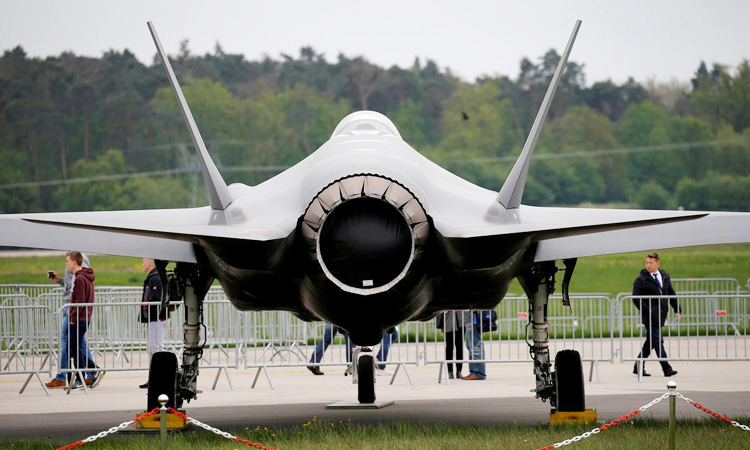 A refusal by the United States to hand over to Turkey the F-35 fighters jets which it has bought would be “robbery,” media reports on Thursday cited President Tayyip Erdogan as saying in a dispute over Ankara’s purchase of Russian air defences.

US officials have told Reuters the Trump administration still plans to impose sanctions on Turkey and remove it from the F-35 programme if its NATO ally acquires the Russian S-400 missile defence system.

“If you have a customer and that customer is making payments like clockwork, how can you not give that customer their goods? The name of that would be robbery,” Hurriyet newspaper quoted Erdogan as telling reporters during a visit to China.

He said that Turkey had so far paid $1.4 billion for the F-35s and that four jets had been handed over, with Turkish pilots going to the United States for training.

“We have made an agreement to buy 116 F-35s. We are not just a market, we are also joint producers. We produce some of the parts in Turkey,” he added.

After meeting US President Donald Trump last weekend in Japan on the sidelines of a G20 summit, Erdogan said Ankara would be spared damaging US sanctions once Russia’s S-400 air defence system started arriving in Turkey in the coming days.

If the United States removes Turkey from the F-35 programme, and imposes sanctions on the NATO ally, it would be one of the most significant ruptures in recent history in the relationship between the two nations.

Trump, who has shown a rapport with Erdogan, could still try to change course by seeking to issue a waiver and postpone sanctions. Such a move would please Ankara but upset some of Trump’s allies in Congress.