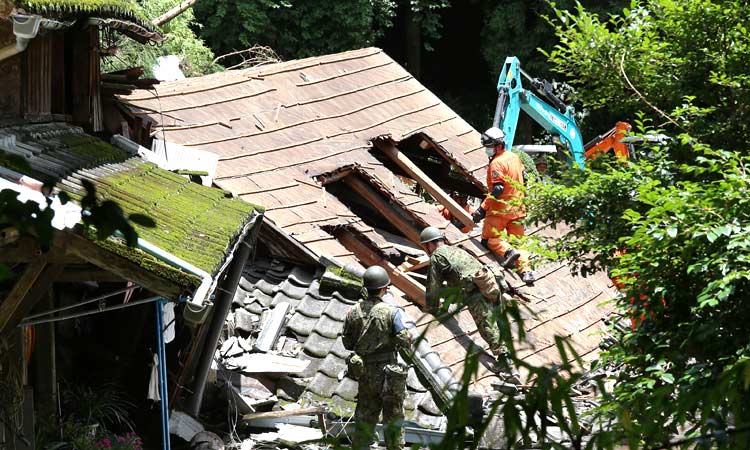 Japan Self-Defence soldiers and firefighters search for a missing resident after a landslide in Soo on Thursday. AFP

Fears of landslides and flooding put southern Japan on high alert on Thursday as heavy rains continued to lash the region, prompting authorities to order more than one million people to evacuate.

The rains come a year after torrential downpours in western Japan that killed over 200 people in flooding and landslides.

"A major disaster could happen anywhere, any time.

One woman has so far been killed in the rains that began at the weekend, after her house was buried in a landslide. Several injuries have been reported along with small landslides that have buried cars.

More than one million people in Kagoshima remained under evacuation order on Thursday morning, with additional orders being issued along with lower-level evacuation advisories.

Television footage showed cars swept away by floods and rivers breaking their banks in Kagoshima.

At an evacuation centre in the region, elderly residents sat on the floor eating, with their bedding and other belongings spread out around them.

The evacuation order is issued when a natural disaster is highly likely to occur and municipalities repeatedly urge residents to leave their homes, although the instruction is frequently ignored.

It is the most serious warning issued before a disaster actually occurs. The scale's highest level is activated once a disaster is declared and orders people to take measures to protect their lives.

Rescuers work on the rooftop of the house damaged by a landslide in Soo, Kagoshima prefecture, western Japan, on Thursday.

A car drives through a flooded road during heavy rain in Miyakonojo City, Miyazaki Prefecture, Japan.

A car splashes water on a road during a heavy rain in Ashikita, Kumamoto prefecture on Wednesday. AFP

The Japan Meteorological Agency has warned that life-threatening landslides are possible.

Heavy rain was moving northwest Thursday and forecast to bring downpours to central and eastern Japan in coming days.

Kagoshima Governor Satoshi Mitazono said in a message Wednesday to residents that the situation was "extremely dangerous".

"A major disaster could happen anywhere, any time," he said, adding that he had requested help from the military.

Japanese authorities are urging people to take shelter early after disastrous heavy rains last summer in the west of the country that killed more than 200 people.

Many of the deaths were blamed on the fact that evacuation orders were issued too late and some people failed to heed them. Entire neighbourhoods were buried beneath landslides or submerged in flood waters during the disasters. 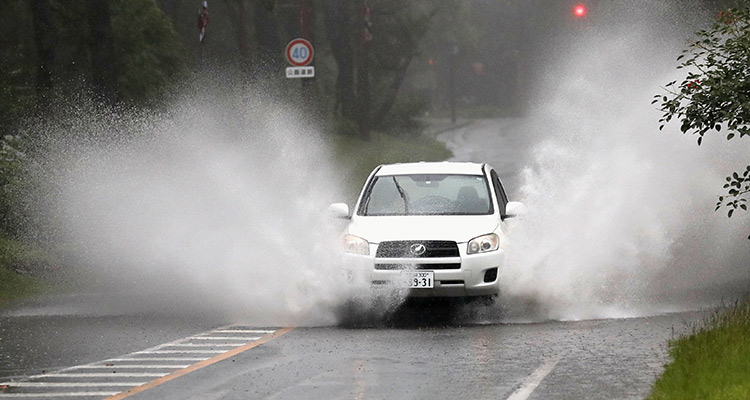 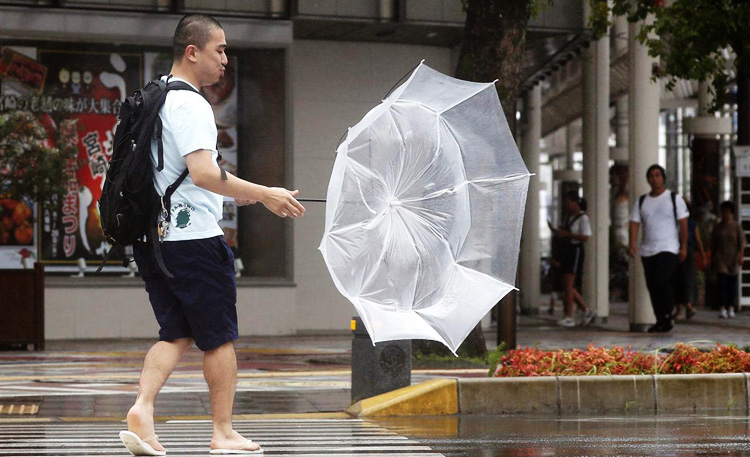