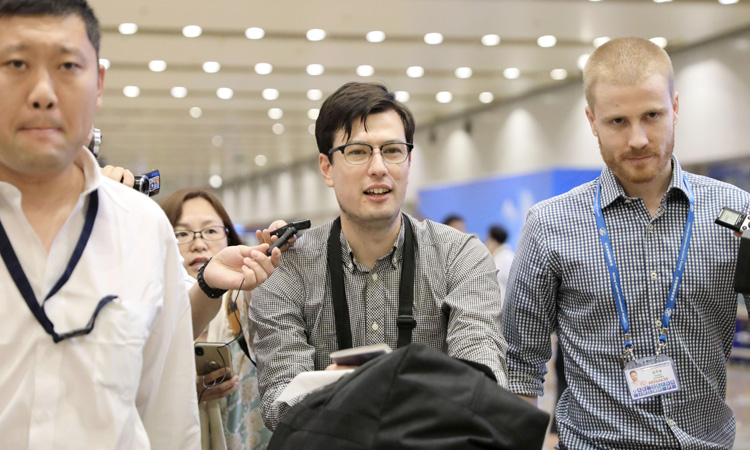 An Australian student Alek Sigley, 29, who was detained in North Korea, arrives at Beijing international airport in Beijing, China. Reuters

“Mr Alek Sigley has been released from detention in the Democratic People’s Republic of Korea,” Morrison told Parliament, referring to North Korea by its official name.