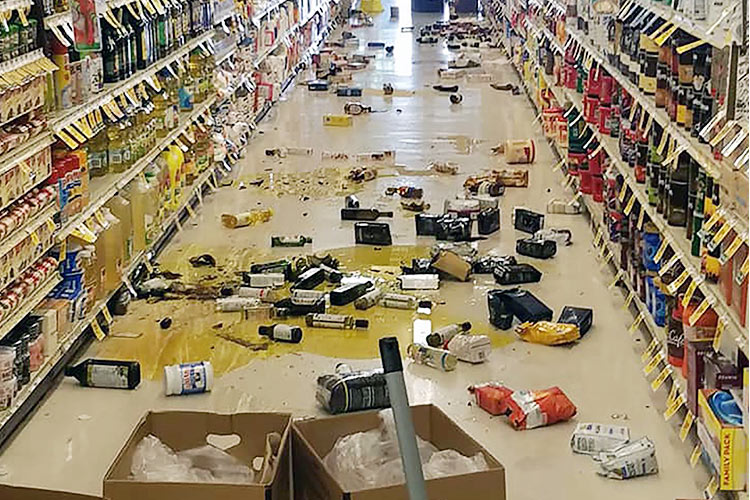 Bottles and other goods lie on floor of a store after an earthquake in Lake Isabella, California. AFP

A powerful earthquake of magnitude 6.4 struck Southern California near the city of Ridgecrest, about 113 miles (175 km) northeast of Los Angeles, the U.S. Geological Survey said on Thursday.

Ridgecrest Mayor Peggy Breedon told CNN that things were falling off buildings and hitting people and the city had felt several aftershocks.

She added there were fires and broken gas lines.

"We are used to earthquakes but we're not used to this significance," she said. The city has asked residents to look after others, especially the elderly, which forms a large part of her city's population.

She said she had felt many quakes before but "not one like this long rolling" temblor, she told CNN, adding she was driving in her car when it happened and immediately pulled up her emergency brake.

The USGS said the quake, initially reported as a magnitude 6.6, was very shallow - only 5.4 miles (8.7 km) - which would have amplified its effect.