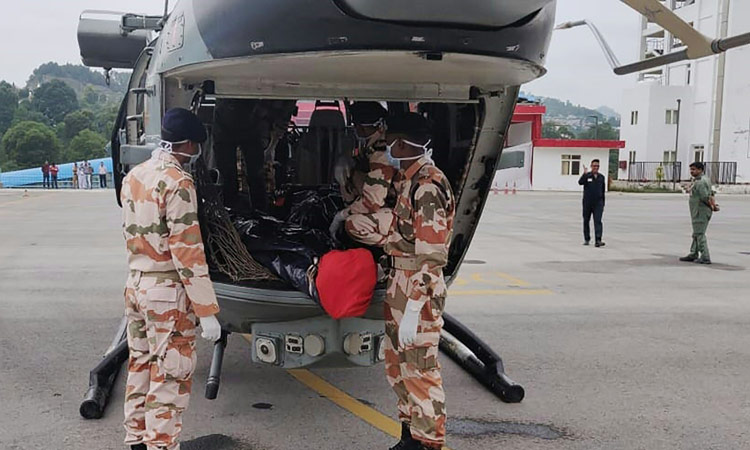 Border Police personnel prepare to remove the bodies of mountaineers from a helicopter in Pithoragarh, Uttarakhand. AFP

Officials say seven bodies believed to be from a missing team of international climbers have been evacuated in helicopters from a notoriously dangerous Himalayan mountain in northern India. 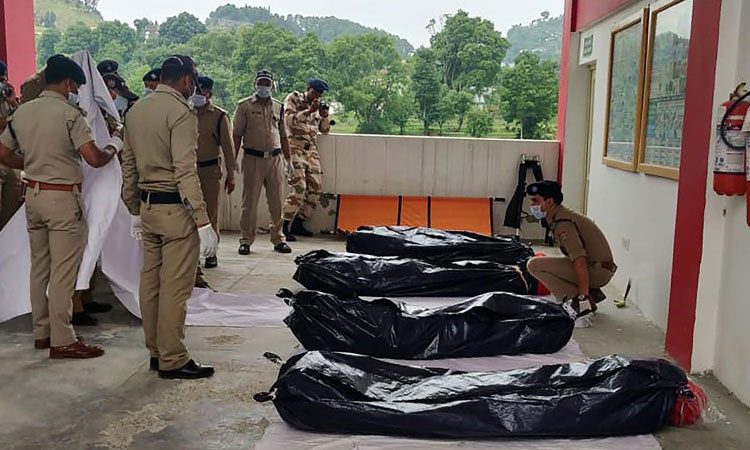 Border Police personnel line up the bodies of mountaineers in Pithoragarh, Uttarakhand, India, on Wednesday. AFP

With the area unsuitable for helicopters, the bodies were then brought down to base camp and four were airlifted to Pithoragarh, the main town in the area, on Wednesday. The other three were set to follow.

The foreign embassies will then be informed once this process has been completed.

The missing climbers last communicated on May 26, a day before heavy snow fell and massive avalanches hit the slopes. 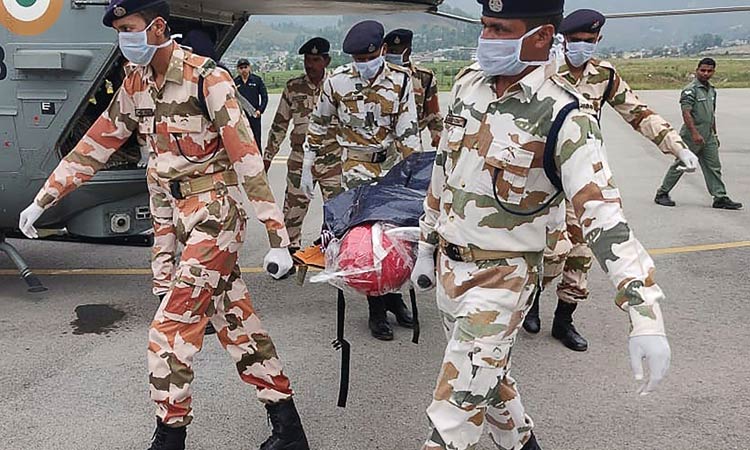 Indo-Tibetan Border Police personnel carry the body of a mountaineer from a helicopter in Pithoragarh, Uttarakhand. AFP

Jogdande says the seven bodies remained unidentified so far as their faces are damaged and no identifying papers were found on them.

Veteran British mountaineer Martin Moran was leading three other Britons, two Americans, an Australian and an Indian on an expedition to climb Nanda Devi East. Moran's Scotland-based company said contact with the team was lost on May 26 following an avalanche.

An eighth body hasn't been found. 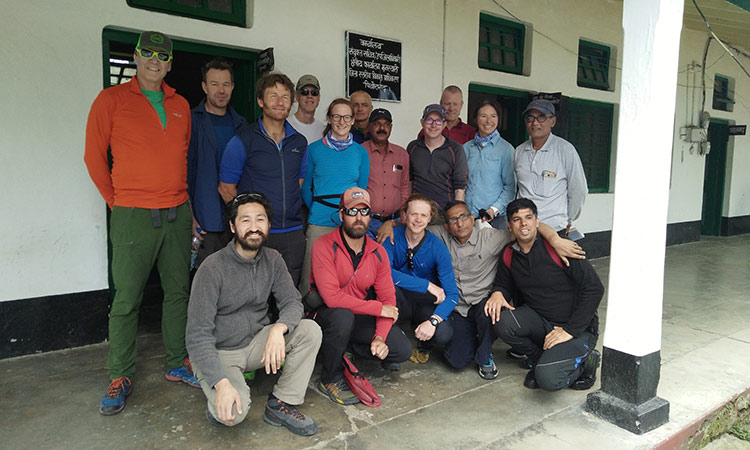