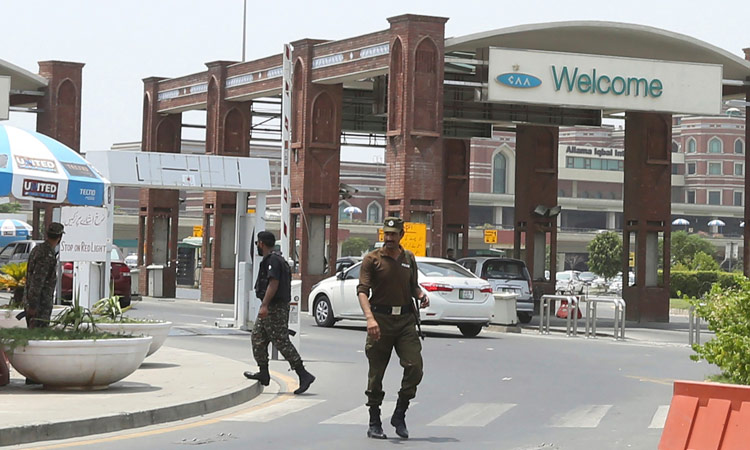 Pakistani security troops patrol outside the main terminal of Lahore's international airport in Pakistan, on Wednesday.

Gunmen shot and killed two people on Wednesday at a visitors’ lounge outside the main terminal of Lahore's international airport, police in Pakistan said.

The two men were shot dead after returning from a Muslim pilgrimage to Saudi Arabia. Senior police officer Safdar Raza Qazi said the attackers were quickly apprehended, and that the shooting was over a personal dispute.

He said police are investigating how they managed to enter the airport premises with weapons.