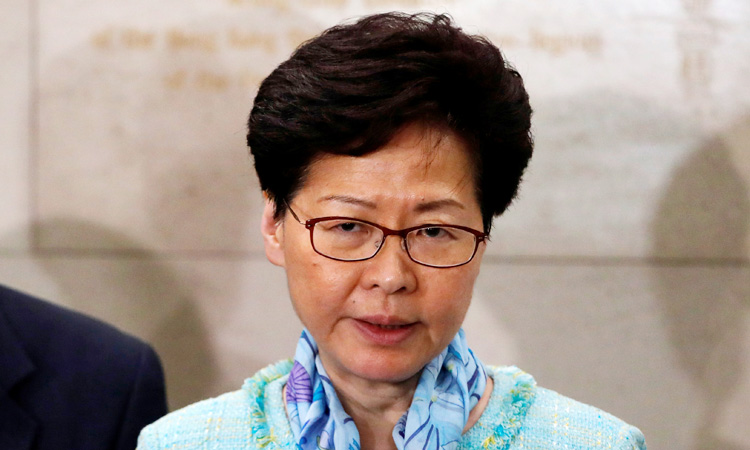 The semi-autonomous financial hub has been thrown into crisis by weeks of massive demonstrations over a bill that would allow extraditions to the Chinese mainland.

But on Monday — the 22nd anniversary of the city’s handover to China — anger spilled over as groups of mostly young, hardline protesters, broke into the legislative council where they hung Hong Kong’s colonial-era flag and left anti-Beijing graffiti.

“These serious illegal actions trample on the rule of law in Hong Kong, undermine Hong Kong’s social order and harm the fundamental interests of Hong Kong,” the Hong Kong and Macao Affairs Office of the State Council, China’s cabinet, said in a statement by an unnamed spokesperson.

“It is a blatant challenge to the ‘one country, two systems’ bottom line. We express our vehement condemnation against this,” the spokesperson said.

Under the terms of the 1997 handover between colonial power Britain to China, Hong Kong is to be governed under its own laws with special rights including freedom of speech and an independent judiciary until 2047.

The central government “also supports the relevant agencies of the Hong Kong Special Administrative Region to investigate the criminal responsibility of violent offenders in accordance with the law, to restore normal social order as soon as possible, to protect the personal and property safety of the citizens, and to safeguard Hong Kong’s prosperity and stability,” it said.