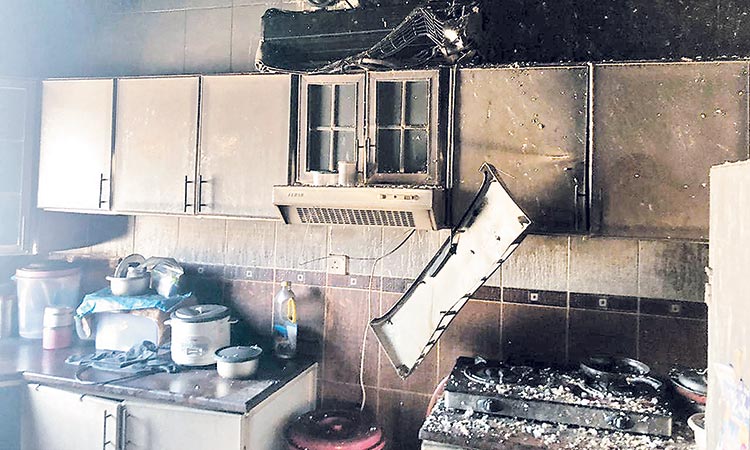 The villa where the fire broke out.


Firefighters of the Ras Al Khaimah Civil Defence evacuated 66 people from two residential compounds as a precautionary measure to maintain their safety from a fire that broke out in a villa.

The entire villa was gutted and no casualties were reported, official sources confirmed.

Brigadier General Mohamed Abdullah Al Zaabi, Director of the Civil Defence in Ras Al Khaimah, said that the operations room was alerted about the fire at 2pm by a person who reported that a villa caught fire in Al-Barrayat.

He pointed out that a fire brigade immediately rushed to the site accompanied by national ambulances, where a five-bedroom villa was on fire. The villa’s contents were gutted, including four passports, cash money, jewellery and accessories, in addition to watches and computers.

The neighbouring residential complex, which had 66 dwellers, was evacuated. The residents were gathered in a safe place before the firefighters began dealing with the fire. It was contained and prevented from extending to adjacent villas. 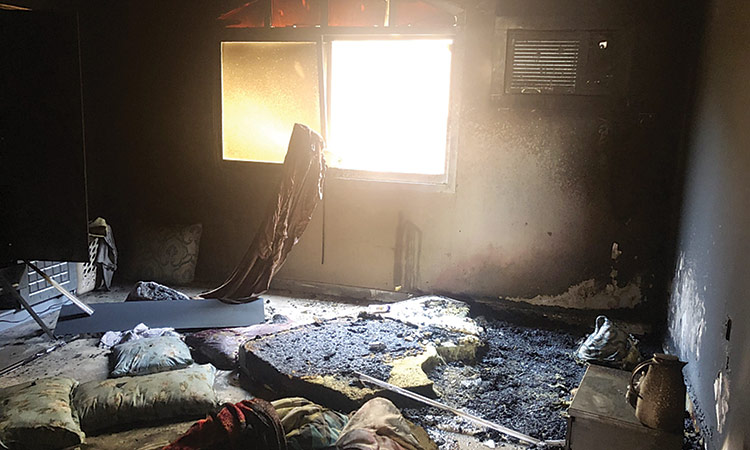 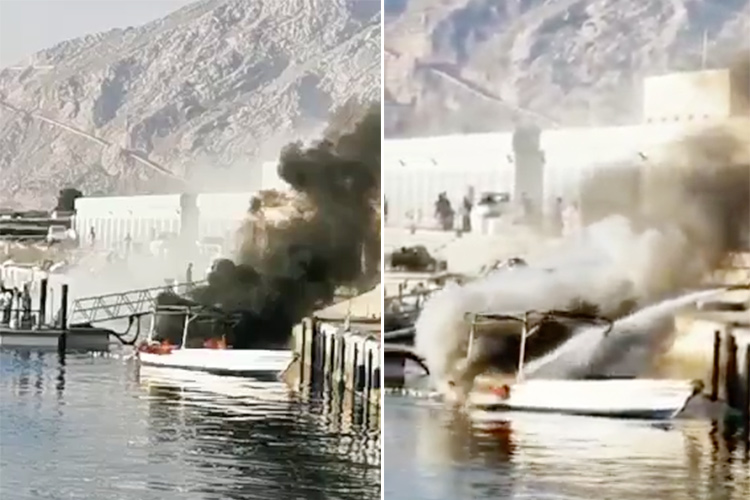 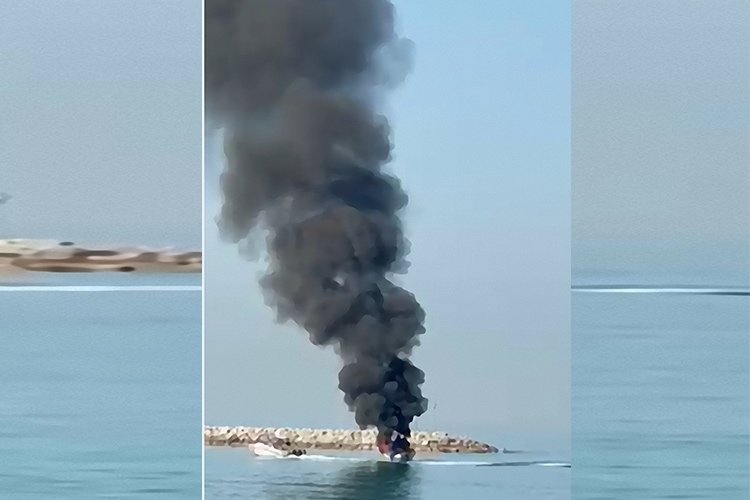 ​Two Asian fishermen suffered moderate burns when a fishing boat caught fire and exploded on Tuesday morning in the fishing port in the coast of Ghalila, about 29 kilometres north of Ras Al Khaimah (RAK) city.