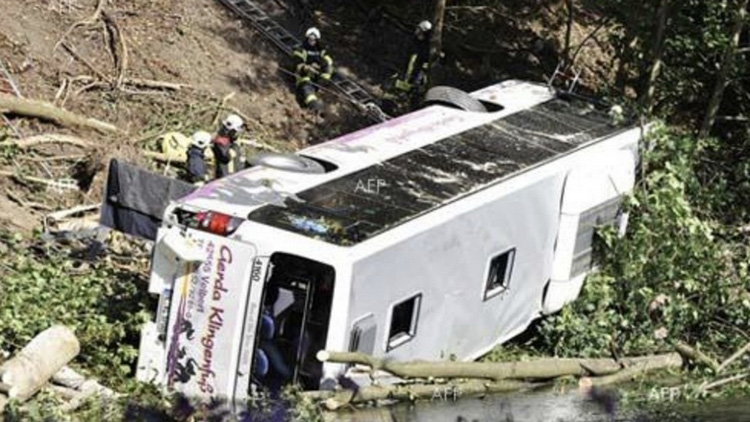 Officials say a minibus has crashed into a gorge in Indian-controlled Kashmir, killing at least 31 people and injuring another 7.

Civil administrator Angrez Singh Rana says the bus plunged off the Himalayan mountain road on Monday as its driver negotiated a curve and rolled down into a 150-meter (500-foot) deep gorge along a rocky stream.

Rescue teams have evacuated seven injured to hospitals, where all of them are in critical condition. 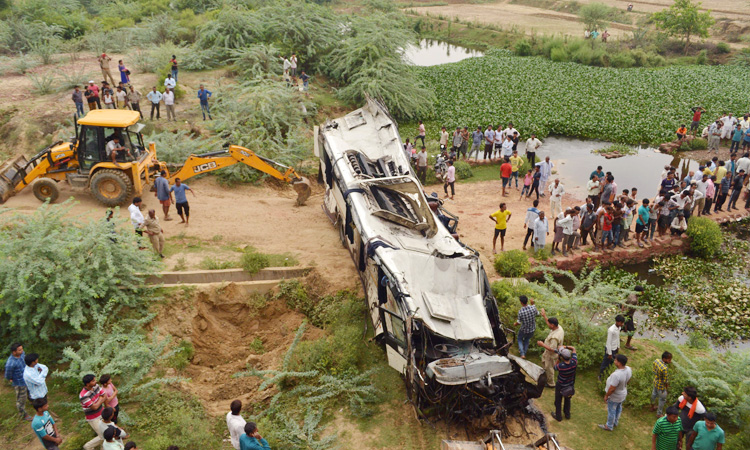 At least 29 killed in bus crash on Indian expressway

A bus careered off one of India’s busiest roads early on Monday killing at least 29 people, police said. The driver of the bus was suspected to have fallen asleep before the double-decker bus hit a divider