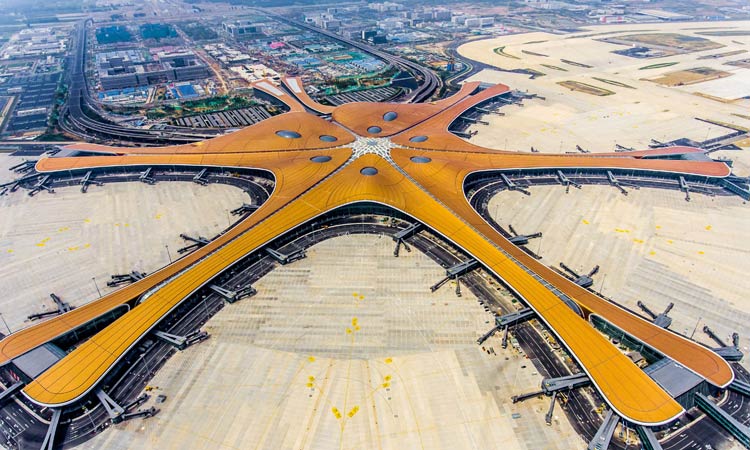 Work on the Beijing Daxing International Airport officially ended on schedule Sunday, ready for a September 30 inauguration -- on the eve of the anniversary of the foundation of the People's Republic on October 1, 1949 by Mao Zedong.

Celebrations of that event will see President Xi Jinping reviewing a huge military parade through the centre of Beijing, with the opening of the futuristic hub a fitting embodiment of the "Chinese dream" he has offered his fellow citizens.

Located 46 kilometres south of Tiananmen square, the new airport will operate at full capacity in 2025, with four runways and the potential to receive 72 million passengers per year.

By 2040 the hub is expected to have expanded to eight runways including one for military use, and will be able to welcome 100 million passengers per year -- which will make it the world's largest single terminal in terms of traveller capacity, according to its designers.

Atlanta airport, in the United States, can currently receive more than a hundred million passengers, but across two terminals. 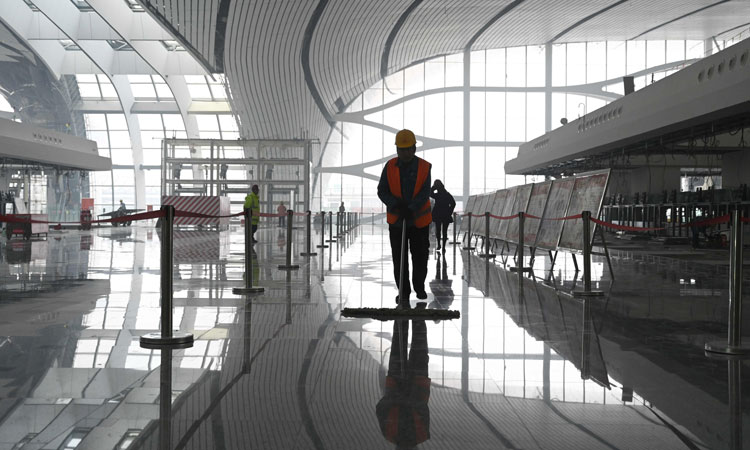 Air transport is booming in China as living standards increase along with peoples' desire to travel. Indeed, it will pass the US to become the world's biggest aviation market by the mid-2020s, according to the International Air Transport Association.

The country will see 1.6 billion plane journeys each year from 2037 -- a billion more than in 2017, the organisation estimates.

China's capital -- with its 21 million people -- expects to welcome 170 million passengers in 2025, split between the two airports.

At 700,000 square metres -- about the size of a hundred football pitches -- the new structure will be one of the world's largest airport terminals.

The building was designed by Anglo-Iraqi architect Zaha Hadid, who died in 2016, in conjunction with the engineering subsidiary of Aeroports de Paris.

Inside, it stands out for its flowing, curved lines and use of light that filters down to the lowest levels of the building through openings in the roof.

Underneath the terminal is a train station and metro line that will allow travellers to reach the city centre in 20 or so minutes.

State television channel CCTV reported that the SkyTeam alliance, which includes Delta Air France and KLM, will move over to the new airport along, along with its partner Eastern Airlines and China Southern Airlines.

The third largest Chinese airline, Air China, is expected to keep flying the bulk of its flights from Beijing Capital International Airport.