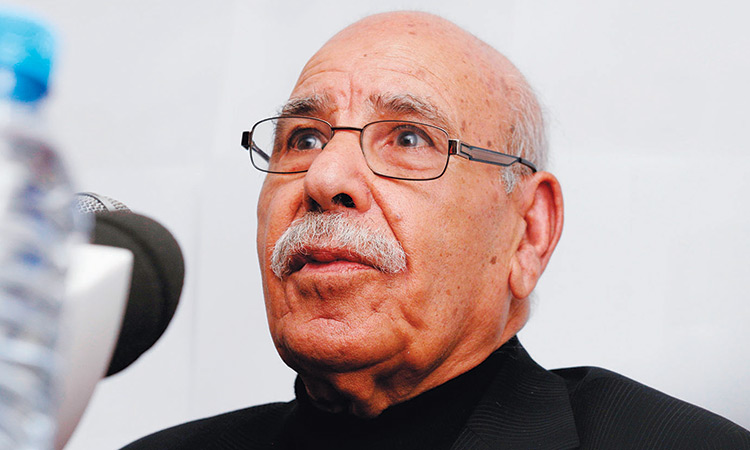 Algerian authorities have arrested a well-known veteran of the war of independence against France, his grandson and media outlets said on Sunday, after he reportedly criticised military chief Ahmed Gaid Saleh.

Lakhdar Bouregaa, who is in his 80s, was arrested at his home in the upscale Hydra neighbourhood overlooking Algiers on Saturday and taken to an intelligence services base, grandson Imad Bouregaa said.

He told the DzVid news website that his grandfather’s arrest was linked to comments he made about Gaid Salah, Algeria’s strongman since the ouster in April of veteran president Abdelaziz Bouteflika.

“My grandfather said that Gaid Salah wanted to impose his own candidate in presidential elections” to replace Bouteflika, he said.

Bouteflika resigned after weeks of protests against his rule, only hours after close ally Gaid Salah demanded impeachment proceedings against him. Gaid Salah has since been pushing for polls to choose a successor but a planned election on July 4 was scrapped after the only two candidates were rejected.

His arrest has “shocked” many of those who took part in the 1954-1962 war of independence against French colonial rule, human rights activist Fodil Boumala said in a statement posted on Facebook.

It was a “serious blunder”, said the statement signed by dozens of university professors.

Bouregaa, who was a commander of the National Liberation Army (ALN) which fought the French and a founder in 1963 of the Front for Socialist Forces (FFS), one of Algeria’s oldest opposition parties.

The FFS said it was “angry” and “dismayed” at his arrest.

Liberte said Bouregaa had contacted his children to inform them of his arrest but could not say where he was being held or the reason for his detention.

There was no immediate word from the authorities on the arrest.

Last week, Algerian authorities arrested 18 people who had brandished the Berber minority flag during an anti-government protest in Algiers despite a ban imposed by the military.