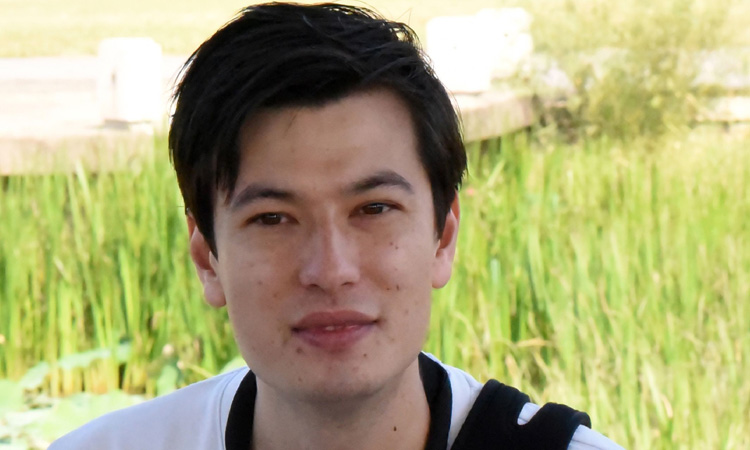 Japanese Yuka Morinaga, 26, told Australia’s News Corp that Alek Sigley’s disappearance in Pyongyang was “very concerning” and there was not “anything weird” last time they spoke on Monday.

Sigley, who speaks fluent Korean and is one of only a handful of Western students living in Pyongyang, has not been heard from since Tuesday.

His family said on Friday they have no news about whether he has been detained.

The 29-year-old’s social media sites — which usually have a stream of apolitical content about everyday life in one of the world’s most secretive nations -- have fallen silent since Tuesday.

“He is always trying to demystify North Korea unlike the typical Western media. He tries to understand the people there,” Morinaga said.

The pair married at an elaborate ceremony in Pyongyang last year.

Morinaga is a software developer living in Tokyo and usually communicates with her husband daily via WhatsApp messages.

Sigley’s family said they had begun taking down some of his social media posts “to limit unnecessary speculation and commentary on those channels.”

His disappearance comes at a time of heightened tensions with North Korea and as world leaders gather in Osaka, Japan for a G20 summit.

Speaking at the summit, Australian Prime Minister Scott Morrison said his “key focus is to ascertain precisely where Alek Sigley is and in what circumstances.”

Morrison said he had raised the issue with countries that “have insights and abilities to assist us.”

Morrison on Thursday met US President Donald Trump, who will travel to South Korea later this week as talks with North Korea have stalled.

Sigley, from Perth in Western Australia, had been studying Korean literature at Kim Il Sung University for around a year, while running a company specialising in tours of North Korea.