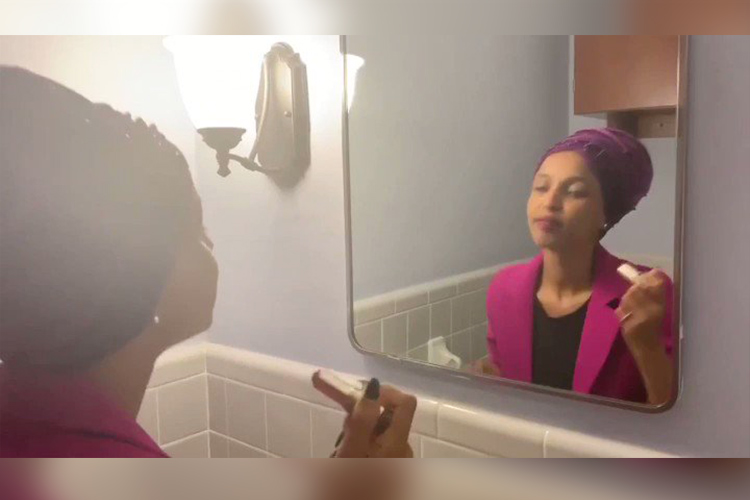 A video grab shows Ilhan Omar dancing to a song by Prince.

Congresswoman Ilhan Omar is a Prince fan, and it’s endeared her even more to her supporters.

Last Tuesday marked the 35th anniversary of the release of Prince’s iconic 1984 album Purple Rain and she decided to celebrate it in the best way possible:

The Somali-American became the first member of congress to wear a religious headscarf, and her appointment was seen as step towards better representation in American government.

Omar went on to upload a video recreating a scene from Prince's music video for When Doves Cry. In the clip, the congresswoman lip syncs and dances along to the song before applying lipstick to her lips.