China warns of ‘severe threats’ to global order at G20 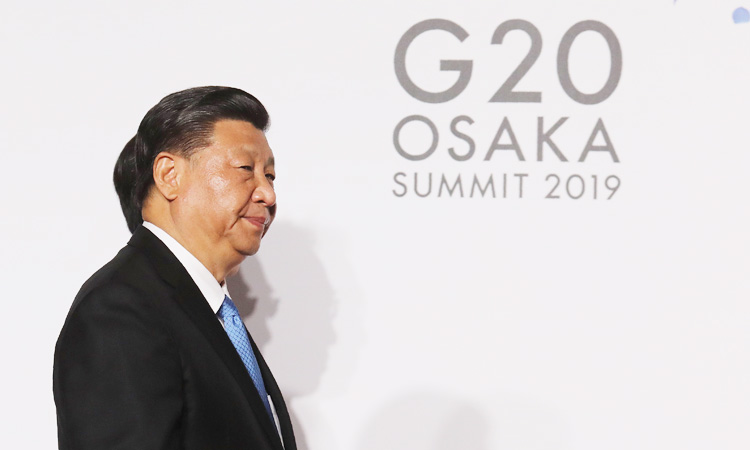 China warned on Friday that protectionism and “bullying” were threatening the world order as President Xi Jinping met other leaders at the G20 summit ahead of high-stakes talks with Donald Trump.

Xi met three of his African counterparts on Friday morning on the sidelines of the G20 summit of major world economies, which opened in Osaka amid the US-China trade war, geopolitical tensions, and divisions over climate change.

“All leaders in the meeting stressed that unilateralism, protectionism, and bullying practices are on the rise, posing severe threats to economic globalisation and international order, and severe challenges to the external environment of developing countries,” Chinese foreign ministry official Dai Bing told reporters.

Although attributed to the four leaders, China’s characterisation of the meeting used wording that Beijing typically wields to criticise the Trump administration, suggesting Xi may take a firm line into his Saturday meeting with the US president.

All eyes will be on whether the two leaders can agree to a truce in a trade dispute that has been damaging for the world economy.

Before arriving in Japan, Trump had said China was eager for a truce because its economy was “going down the tubes” and appeared to threaten another $325 billion in tariffs in addition to the $200 billion Washington has already imposed.

But Trump largely held his tongue Friday as official summit events got under way.

Efforts by the rivals to reach a trade deal fell apart in May, putting a heavy focus on Osaka and Saturday’s encounter.

Experts believe there is little chance of a full deal at the G20, saying the best hope is for a truce that would avoid Washington imposing new tariffs and ramping up the conflict.

But even a truce is not guaranteed, with the Wall Street Journal reporting on Thursday that Beijing will not agree to any deal unless Washington lifts its ban on Chinese telecoms firm Huawei.