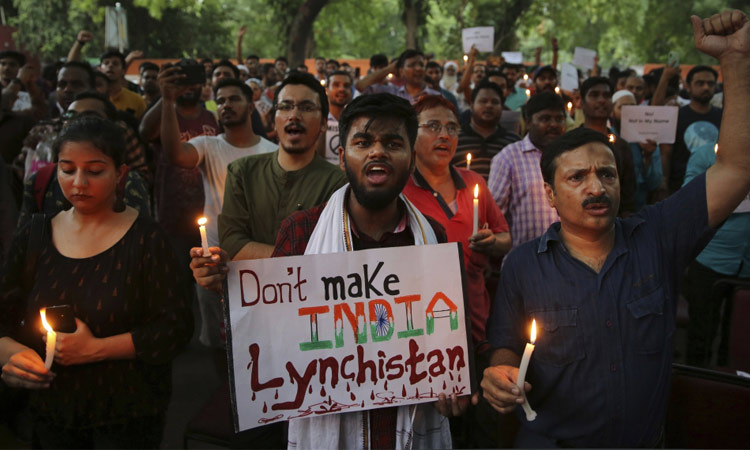 Protesters shout slogans as they hold placards and candles during a rally condemning recent mob lynching of Muslim youth , in New Delhi, India, on Wednesday. AP

Protests were held in several Indian cities on Wednesday following the lynching of a Muslim man last week by a Hindu mob that suspected he was a thief.

Increasing anger about the killing in the eastern state of Jharkhand prompted Prime Minister Narendra Modi to make his first comments on the matter on Wednesday, telling the upper house of parliament he was "pained" to hear about it and calling for "the strictest possible punishment to the accused."

Ansari was caught by a mob of villagers who suspected he was a thief in the Seraikela-Kharsawan area of Jharkhand on June 18, said Avinash Kumar, a deputy superintendent of police in the area.

Eleven villagers have been arrested and a special investigation team set up to probe the matter, Kumar said. 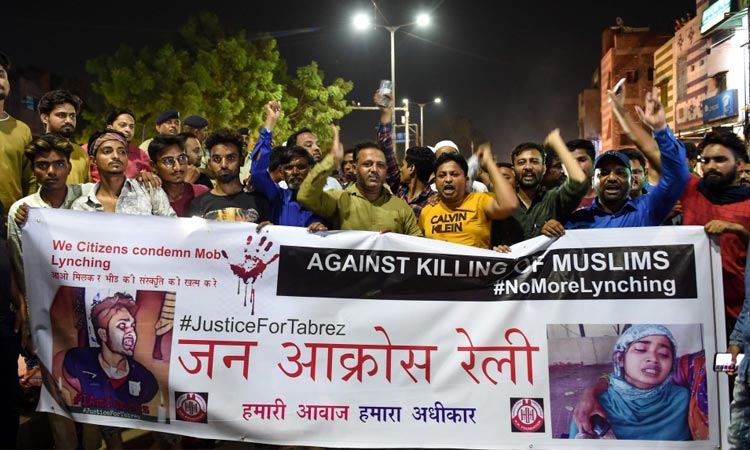 Indian Muslims hold a banner as they protest against the mob lynching of Ansari, in Ahmedabad on Wednesday. AFP

Villagers called the police and lodged a case against Ansari, and police took him to the hospital, but Ansari succumbed to his injuries while in custody four days later, Kumar said. Two police officers from the area have been suspended, police told local media.

In western Gujarat and eastern West Bengal state hundreds took to the streets carrying posters that read ‘No more lynching in the name of religion.’

Protests were planned in about 50 cities. It wasn't immediately clear how many took place.

Hate crimes against minorities have spiked in India since Modi and his Hindu nationalist Bharatiya Janata Party (BJP) came to power in 2014. Dozens of Muslim men have been attacked or lynched by Hindu mobs since then, many on suspicion of slaughtering cows, which are considered holy in the Hindu religion. 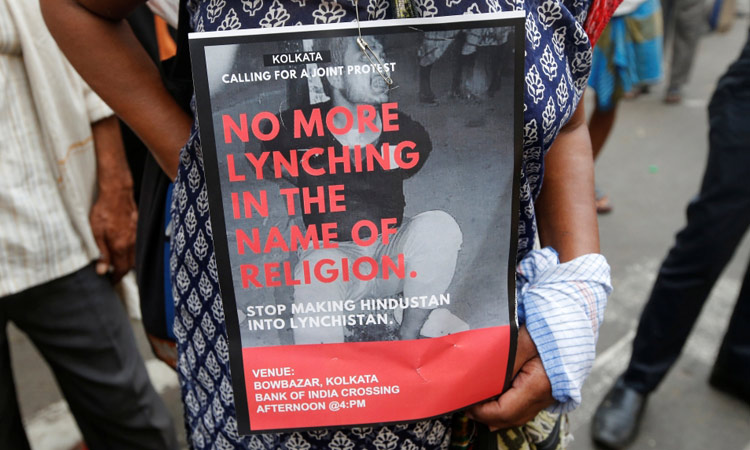 A woman holds a placard during a protest against the lynching of a Muslim man Tabrez Ansari by a Hindu mob, in Kolkata. Reuters

Two days after Ansari’s killing, a Muslim religious school teacher in West Bengal’s Kolkata city alleged he’d been pushed off a moving train when he refused to chant his devotion to Hindu gods as some Hindu men in the train demanded.

Many people took to social media to condemn the BJP-led government in Jharkhand state, where civil society groups have recorded at least 13 lynchings of minorities, mainly Muslims, in the past three years.

The United States last week released an annual report on international religious freedoms that said religious intolerance was increasing in India and extremist narratives had "facilitated an egregious and ongoing campaign of violence, intimidation, and harassment against non-Hindu and lower-caste Hindu minorities."

India rejected the report saying it saw "no locus standi for a foreign government to pronounce on the state of our citizens’ constitutionally protected rights."

"Because he was a Muslim he was beaten so brutally,” Ansari's wife Shaishta Ansari told the television channel NDTV.

"My husband was my only support. Who will I live for now? I want justice.” 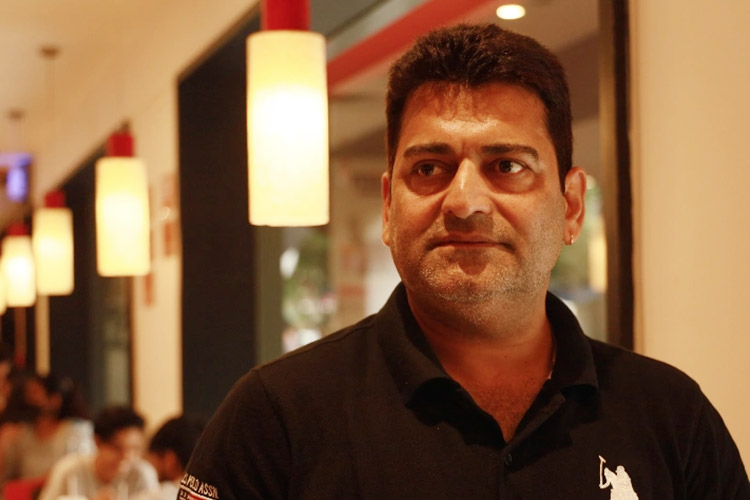