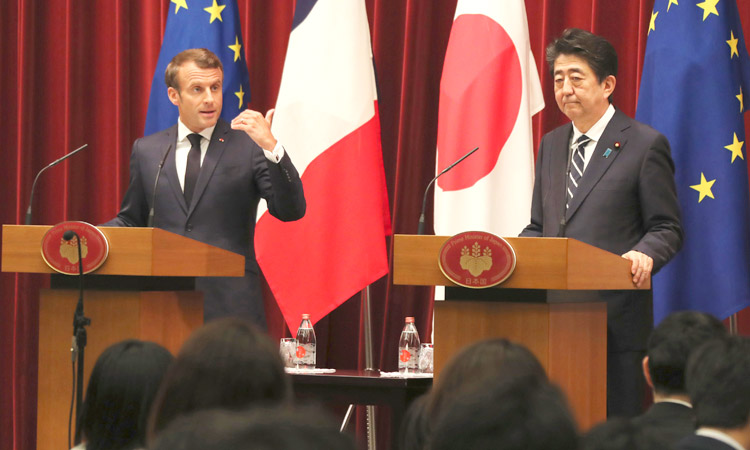 France wants the G20 to issue a statement committing to strong action on climate change and considers the issue a "red line", President Emmanuel Macron said Wednesday ahead of the summit.

Ghosn, a French citizen, once headed an auto alliance of Japan's Nissan and Mitsubishi Motors and France's Renault, and his arrest has laid bare tensions in the partnership. 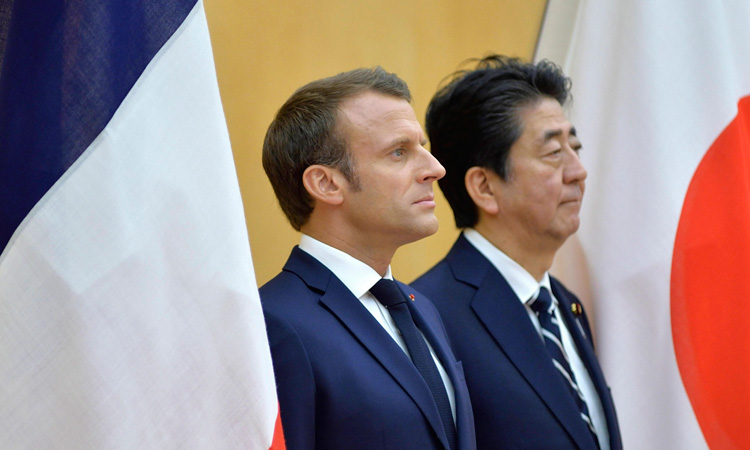 Emmanuel Macron (left) stands with Shinzo Abe prior to their meeting at Abe's official residence on Wednesday.

"I have a red line," he told a gathering of French citizens before meeting Abe.

"If we do not talk about the Paris accord and if, in order to find agreement among the 20 in the room, we are not able to defend climate ambitions, it will be without France."

"If one or the other of them doesn't want to sign, they can say so, but we must not collectively lose our ambition," he added.

But US President Donald Trump plans to withdraw Washington from the deal, a process that will take several years. 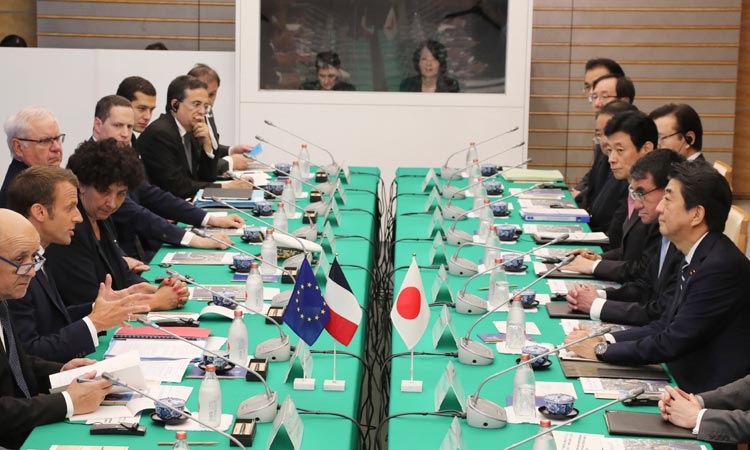 At a press conference after meeting Abe, Macron also raised the issue of trade tensions, urging a multilateral approach.

Trump is expected to hold talks with China's Xi Jinping on the sidelines of the G20, with hopes that the leaders can agree a truce in a trade war that has been damaging for the global economy.

"For me, the solution to the difficulties that we are encountering is not in bilateral accords, is not in bypassing international rules, is not in protectionism," he said.

"It is very clearly in the modernisation of the multilateral trade framework," he said.