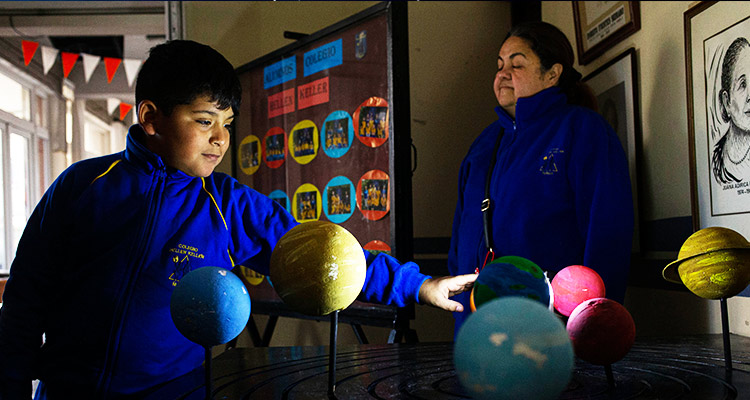 A Blind child interacts with a representation of the solar system.

The project at the Hellen Keller school in Santiago comes a week before a July 2 solar eclipse that will plunge parts of South America into darkness.

Thousands of tourists and scientists will gather in northern Chile, which will be among the best places in the world to watch the next the eclipse. The phenomenon will also be appreciated in other South American countries.

The Blind children heard different tones using special headphones and LightSound, a tool to experience the variation of light intensity during a solar eclipse through sound. They also read the book "Open your senses to eclipses: South America," using braille.

A Blind child plays with a pair of glasses used to see and eclipse during a sensorial experience event.

The event comes exactly one week ahead of a total solar eclipse.

The entrance of the Helen Keller School is festooned with eclipse themed decorations.

The total solar eclipse is set to be fully visible in various South American countries, including Chile.

The experience of touching and hearing a solar eclipse was possible thanks to a joint initiative by NASA, the Chilean Aeronautics and Space Agency, Edinboro University of Pennsylvania, Chile's Diego Portales University and the Giant Magellan Telescope.

A book in braille and a dozen units of the LightSound technology will also be available to children in other Chilean cities, said María Ximena Rivas, director of the SENADIS national office for disability.

A solar eclipse occurs when the moon passes between the Earth and the sun, and scores a bull's-eye by completely blotting out the sunlight. 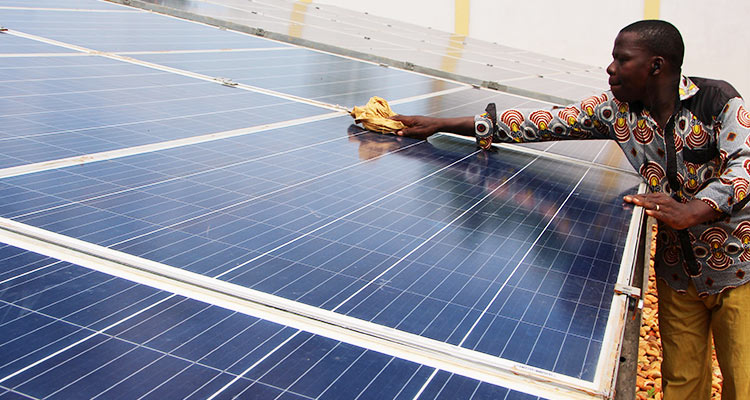