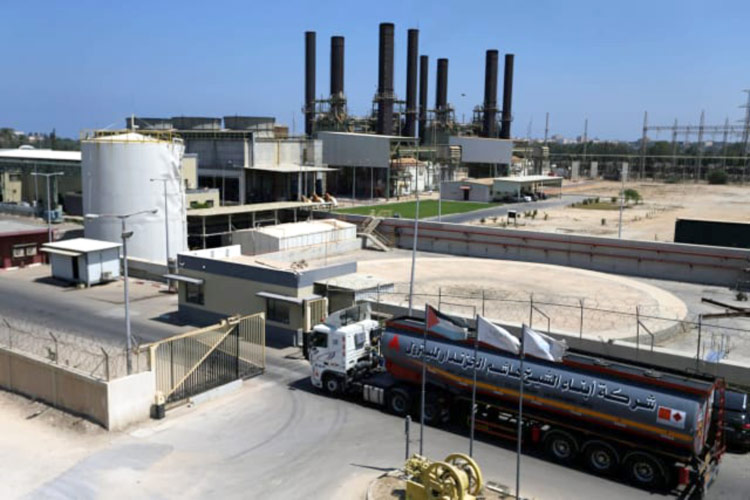 Fuel transfers were halted at the Karem Shalom goods crossing on Tuesday morning and would remain blocked "until further notice," COGAT said in a statement.

Balloons with attached incendiary devices are flown over the Gaza border by Palestinian demonstrators seeking to start fires in nearby Israeli farmland.

During regular demonstrations last year the balloons started hundreds of fires, though they have been curbed in recent months.

Fuel deliveries, which are coordinated with the United Nations and paid for by Gulf state Qatar, were agreed in late 2018 as part of a truce agreement between Israel and the strip's rulers Hamas.

They have improved electricity supply in the strip, where residents currently receive around 12 hours of power a day, according to the UN.

Before the deal, the daily power supply was regularly as low as six hours.

Israel has maintained a crippling blockade of Gaza for more than a decade.