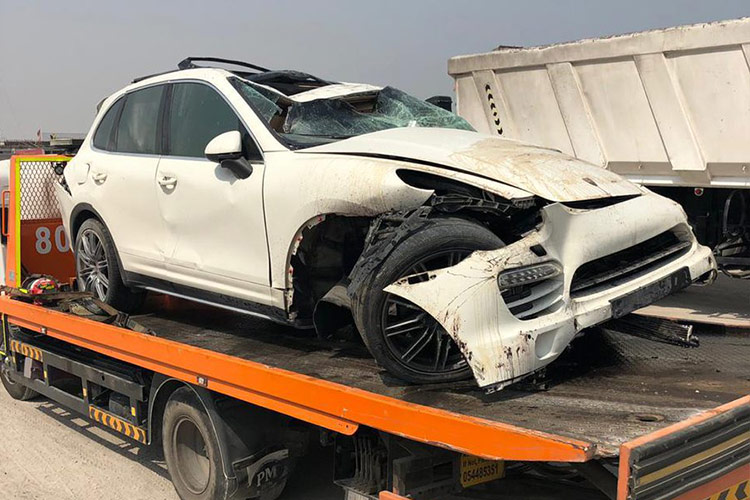 The damaged car is being taken away by the police in Sha'am area, about 40 km north of Ras Al Khaimah city.

The car that was being driven by the lady reportedly swerved and overturned in Sha'am area, about 40 km north of Ras Al Khaimah city.

While, another Emirati woman, 29, who was accompanying the victim sustained injuries.

Colonel Abdullah Al Queshi, Director of the Sha'am Police Station, said that the operations room was alerted about the accident at 7:45am.

It was said that a vehicle crashed into the iron barrier after it had swerved due the high speed, he added.

Instantly the police patrols and the ambulance were dispatched to the scene, Al Queshi said, noting that through the preliminary examination it was found the driver died on the spot, while her companion was injured.

The injured woman was transferred to hospital, where she received the medical treatment.

While, the deceased woman's body was sent to hospital to be then handed over to her family.

The police on the other hand proceeded investigation into the incident to compete the legal measures.