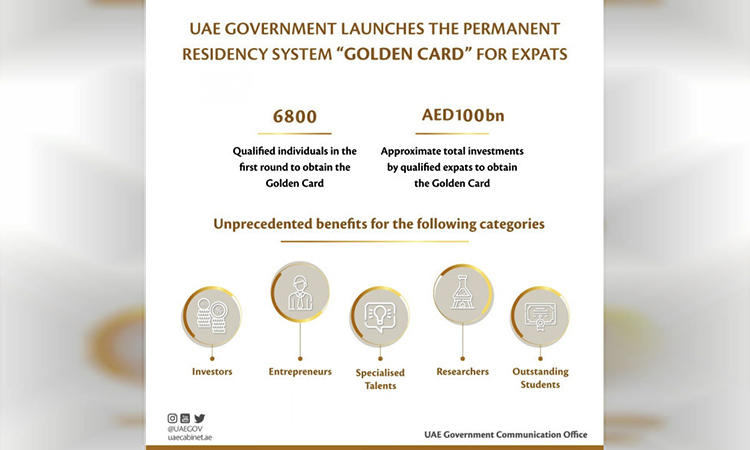 According to GDFRA, about the 10-year Gold Card residency scheme, people eligible for the visa include; executives with a monthly salary of Dh30,000 and above.

Students with 95 per cent and above in general secondary and university students with a grade of 3.75 and above are also eligible. Doctors and specialist also made it to the list.

The Gold card also allows the holders to stay out of the country for as long as they want. The six months rule that applies to normal residency visa doesn’t apply to the Gold cardholders.

Around 400 expats have received the Gold card since its inception last month. There is a target of issuing 6,800 by the end of the year, said authorities.

The “Golden Card” offers unprecedented benefits to the cardholders and their families, while creating an attractive environment for business and growth.

“Throughout history, the UAE opened its door to millions of people looking for to pursue their dreams and better their lives. The Golden Card is our way to welcome all those seeking to be a part of the UAE’s success story and making it a second home,” said Sheikh Mohammed Bin Rashid.

The UAE Cabinet has approved the long-term visa system for expatriates announced by the country earlier this year, while also confirming the criteria that need to be met.

The UAE announced that it would grant five or 10-year residency visas to investors, entrepreneurs, specialists in the medical, scientific, research and technical fields, and ‘outstanding’ students to “facilitate business and create an attractive and encouraging investment environment” in the country. The visa benefits also extend to the wider family (spouse and children). 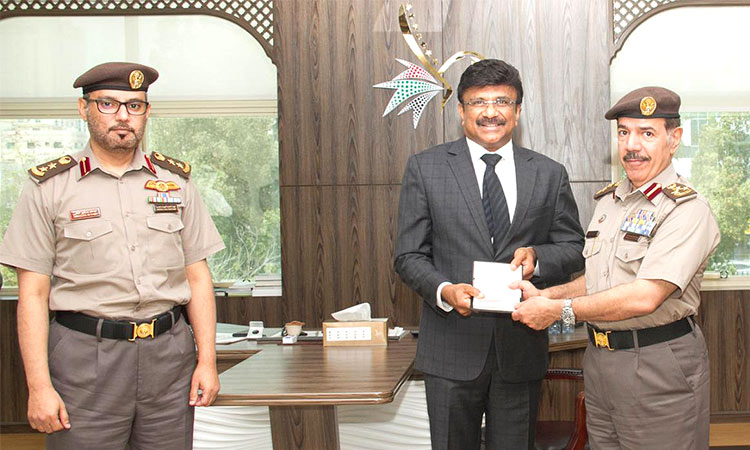 Sharjah’s first golden card visa has been granted on Monday to Lalu Samuel, Chairman and Managing Director of Kingston Holdings and Chairman of Sharjah Industry Business Group, which functions under the Sharjah Chamber