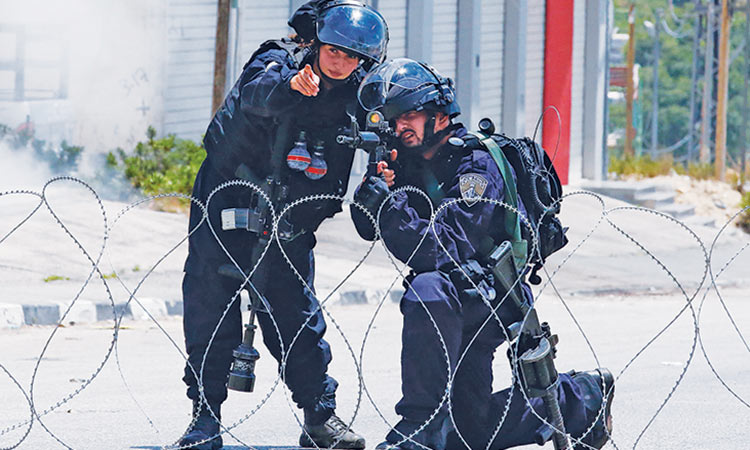 Israeli security forces point at Palestinian demonstrators in the village of Halhul, near the West Bank city of Hebron, on Monday. Agence France-Presse

Led by President Donald Trump’s son-in-law and adviser Jared Kushner, the Peace to Prosperity economic workshop that begins Tuesday evening is billed as the start of a new approach that will later include political solutions to the long intractable Middle East conflict.

It proposes raising more than $50 billion in fresh investment for the Palestinians and their Arab neighbours with major projects to boost infrastructure, education, tourism and cross-border trade.

The Palestinian Authority is boycotting the workshop, denouncing the plan for saying nothing about ending the Israeli occupation.

“This economic workshop in Bahrain is really going to be nonsense,” Palestinian prime minister Mohammad Shtayyeh told a cabinet meeting.

“What Israel and the United States are trying to do now is simply to normalise relations with the Arabs at the expense of the Palestinians,” he added.

President Mahmud Abbas has said the Palestinians “will not be slaves or servants” of Kushner or other Trump aides.

“For America to turn the whole cause from a political issue into an economic one, we cannot accept this,” he said.

The Palestinian Authority is facing growing financial strains as it refuses to accept tax revenue collected on its behalf by Israel because the Jewish state is deducting millions of dollars that went to prisoners in Israeli jails or their families.

Arab League finance ministers on Sunday renewed a pledge to pay $100 million a month to the Palestinian Authority to stabilise its finances.

The Trump administration has also ended all funding to the UN agency that provides education, medicine and food to Palestinian refugees and has taken a series of landmark decisions on behalf of Israel.

A handful of Israeli journalists were making their way to Bahrain on Monday after getting special permission to attend a US-led economic conference on Israeli-Palestinian peace, hosted by the Gulf kingdom.

Their apparently unprecedented visit is facilitated by the involvement of the United States, an ally of both countries, which do not have diplomatic relations. 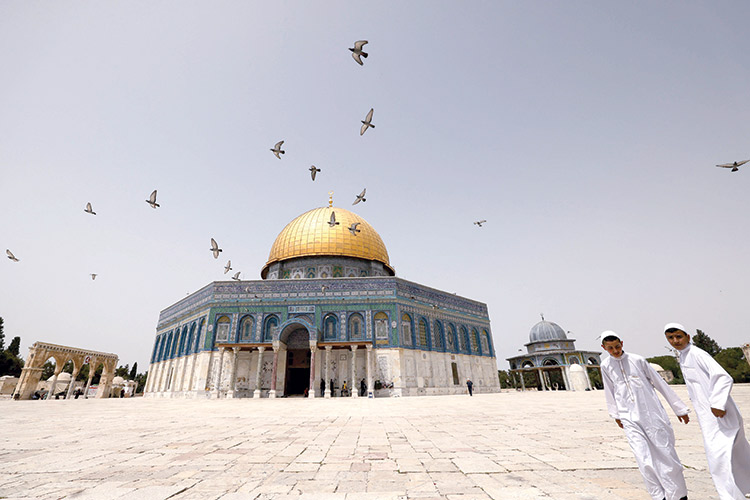 More than 20 Israelis and Palestinians were wounded on Sunday in several incidents in and around Jerusalem’s flashpoint Al Aqsa Mosque compound, two days after major violence at the site.