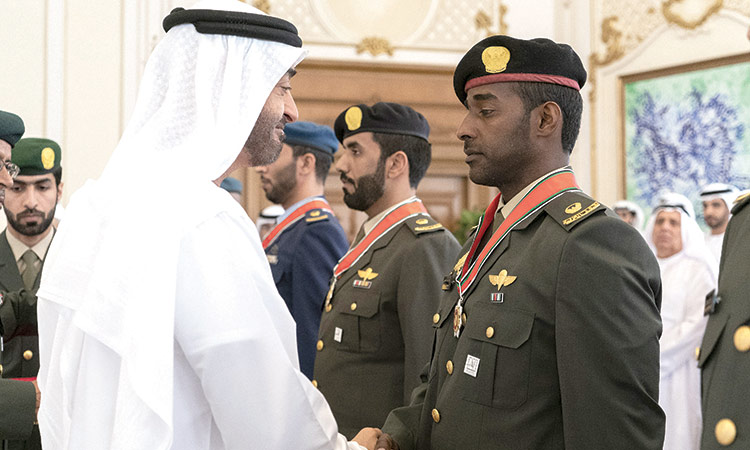 The officers, accompanied by Lieutenant General Hamad Mohammed Thani Al Rumaithi, Chief of Staff, were honoured at Al Bahr Palace Majlis in recognition of their efforts to discharge their national and humanitarian missions.

Expressing his pride and that of all UAE people in those who protect the country and reflect the highest values of loyalty and belonging to the UAE through their heroic attitudes inside and outside the UAE, Sheikh Mohamed called on Allah Almighty to protect them and grant them success in serving the UAE and UAE people.

The meeting explored ways of advancing bilateral investments in areas of innovation, which the two sides agreed has become an essential requirement for sustainable development and competitiveness in addition to being a key tenet for establishing a knowledge-based economy. Sheikh Mohamed and the Brazilian minister also reviewed an array of issues of common interest.

His Highness Sheikh Mohamed bin Zayed Al Nahyan, Crown Prince of Abu Dhabi and Deputy Supreme Commander of the UAE Armed Forces, today received at Qasr Al Bahr a delegation of the Emirati school who notched the second position at the VEX Robotics World Championship, which was held recently in Louisville, Kentucky, where they vied with 790 teams represented from 50 countries. Sheikh Mohamed congratulated the delegates on the prestigious achievement which, he said, was made in a key area to which the UAE is attaching a paramount importance, namely Artificial Intelligence. 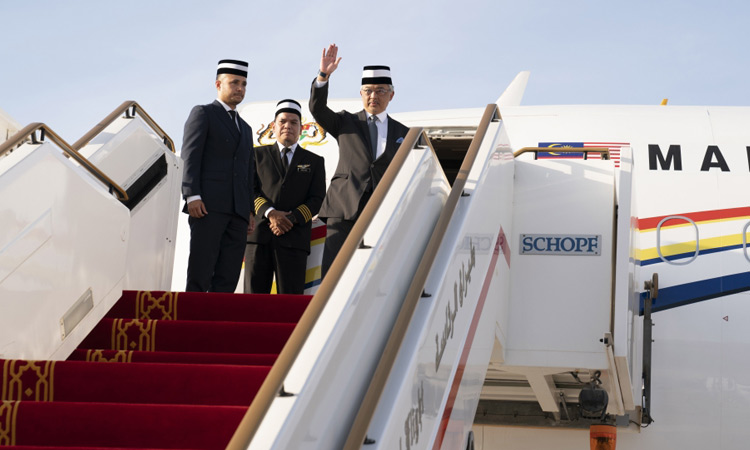