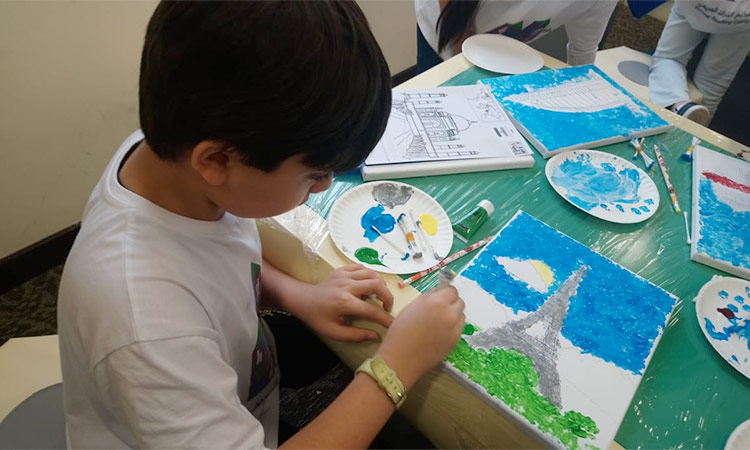 A child colours a picture at an SBA workshop.

Titled ‘Towards a Creative Summer’, the camps are targeted at children aged 7 to 13 years in Sharjah’s Eastern region. The camps will be held in Dibba Al Hisn from July 7 to 11; in Khorfakkan from July 14 to 18; in Wadi Al Helo from July 21 to 25; and in Kalba from July 28 to August 1.

The objective of the workshops is to educate the participants on the basics of tolerance and develop their creativity and innovation skills, in addition to educating them about the environment and the importance of preserving it. The focus will be on using science, mathematics and numeracy skills to ignite the participants’ imagination and stimulate their intellect.

The camp will also focus on teamwork and collective action. To this end, the children will be enrolled in groups and educated on the advantages and benefits of cooperation. Brainstorming sessions will be held to develop their critical and creative thinking skills, with arts and crafts workshops to implement what they learn and reinforce those concepts in their minds. Interactive story-telling sessions will contribute to fostering ethical values and good habits in the children.

Fadhil Hussein, Director of SBA Office in the Eastern Region, said that the camp would contribute to educating the younger generations about the critical role of creativity. He stressed that SBA’s objectives were aimed at furthering investment in human capital and empowering youth to become active agents of the community.

“SBA has always been giving young generations access to books, science and culture through events like the Sharjah Children’s Reading Festival (SCRF), which became the first of its kind in the region.