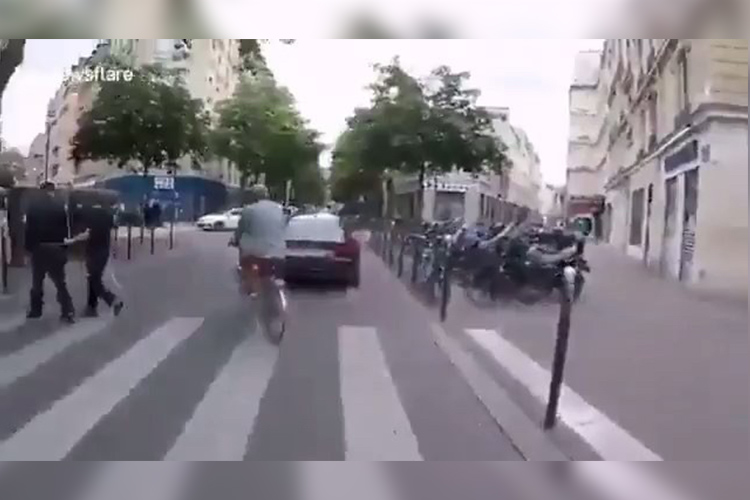 A Paris motorist who was filmed nearly driving over a blind man at a pedestrian crossing and then punching his brother will appear in court next month on charges of assault, prosecutors said Friday.

The incident, which, took place on Saturday in eastern Paris, where it was seen as emblematic of the city's road rage problem, was captured by a passing cyclist on his camera.

The blind man, who was carrying a white cane, and a man accompanying him identified by the French Federation of the blind and Partially Sighted as his brother were crossing the street when the Audi drove through the pedestrian crossing, skimming the pair.

Angered by the driver's failure to stop at the crossing the blind man hit the car with his cane and his brother smacked the roof of the vehicle, the cyclist told BFM news channel.

The incandescent driver got out of his car and lunged at the blind man's brother, aiming punches at his head. He also harangued the blind man.

A cyclist tried to intervene but it was a woman also travelling in the car who eventually succeeded in restraining the driver.

When a witness said he was going to call the police the couple got back into their car and drove off.

The video of the incident instantly went viral on social media, prompting an outraged reaction from the Federation of the blind, which urged the brothers to file a complaint.

A few days later the police caught up with the driver and called him in for questioning.

The Paris prosecutor's office said Friday that he had been ordered to appear in court next month on charges of assault, attacking a vulnerable person and refusing to respect a pedestrian crossing.