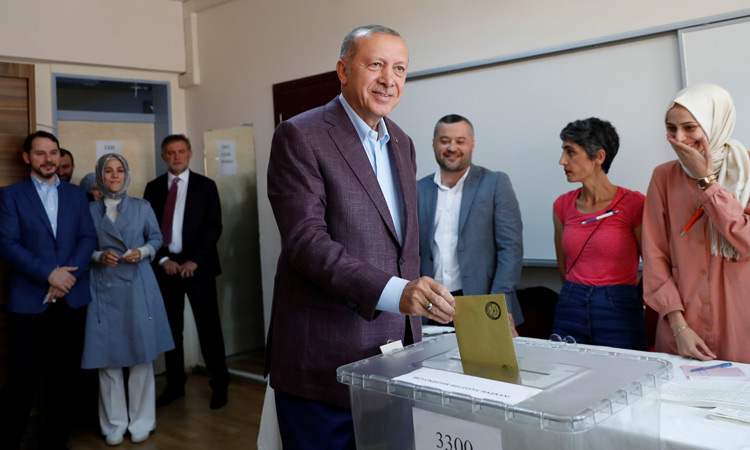 Istanbul returned to the polls on Sunday in a re-run of the mayoral election that has become a test of Turkish democracy as well as President Recep Tayyip Erdogan's continued popularity at a time of economic trouble.

Critics say Erdogan simply did not like the result, after a little-known former district mayor, 49-year-old Ekrem Imamoglu, snatched victory for the opposition by just 13,000 votes. 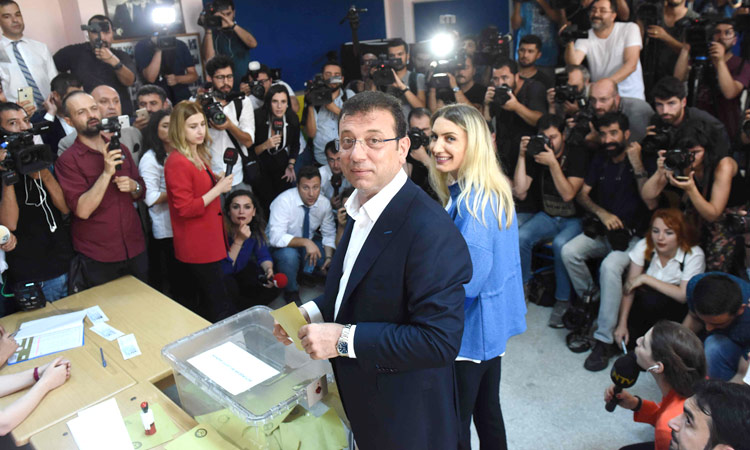 The city of 15 million is Turkey's economic powerhouse and has been a crucial source of patronage for Islamic conservatives since Erdogan himself won the mayorship a quarter-century ago.

Imamoglu, of the secular Republican People's Party, has become a household name since being stripped of his victory, depicting the rerun as "a battle for democracy".

"Today our people will make the best decision... for the sake of our democracy, for Istanbul and also for the legitimacy of all future elections," he said after voting. 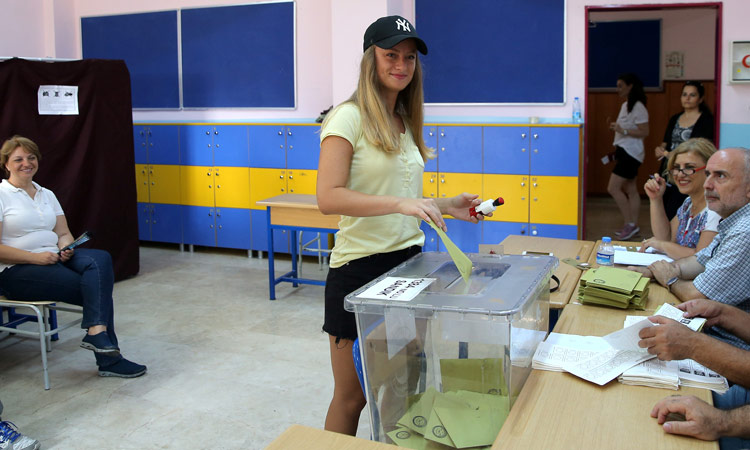 A woman casts her ballot at a polling station during a mayoral election re-run in Istanbul. Huseyin Aldemir/Reuters

His upbeat message under the slogan "Everything will be fine" is in contrast to the usual aggressive name-calling of Turkish politics.

At a voting station in the trendy Beyoglu neighbourhood, 31-year-old architect Begum said: "I voted against injustice and those who seek to polarise this nation."

"Today our people will make the best decision... for the sake of our democracy, for Istanbul and also for the legitimacy of all future elections.

He struck a conciliatory tone on Sunday, saying: "If we have wronged, knowingly or unknowingly, one of our fellow Istanbulites or our challengers, if we have done something unjust, I ask for your forgiveness."

The March election showed Erdogan's party remains the most popular nationwide, adored by millions for overseeing dramatic growth, fiercely defending the country's interests abroad and allowing religious conservatives a seat at the table.

But double-digit inflation and rising unemployment have dented Erdogan's reputation for economic stewardship and the AKP lost control of both Istanbul and the capital Ankara.

Analysts warn he faces a "lose-lose" situation with the Istanbul rerun: a second defeat would undermine his image of invincibility and embolden rivals within his party, while a victory would forever be seen by the opposition as stolen.

A woman smiles as she casts her ballot at a polling station during the mayoral election re-run in Istanbul. Bulent Kilic/AFP

A woman casts her ballot at a polling station during a mayoral election re-run in Istanbul on Sunday. Murad Sezer/Reuters

A close-up view of stamps and a ballot papers during Istanbul mayoral elections re-run, in Istanbul. Adem Altan/AFP

An elderly man casts his ballot at a polling station in Istanbul, on Sunday.

But many AKP supporters have wholly accepted the line that there was fraud in the March vote.

"If there's something like stolen votes, I think it's better to re-do the election in the name of democracy," said 45-year-old Huseyin as he queued to cast his ballot.

The controversy surrounding the re-run may explain Erdogan's relative silence, with no repeat of the tireless rallying last time, when he made 102 appearances in just 50 days.

Erdogan maintained his allegations of irregularities as he voted on Sunday, saying the last election "should not have happened like that".

But he has downplayed the importance of the re-run, saying last week that the choice of mayor was "only a change in the shop window" since the AKP controls almost two-thirds of the city's districts.

Fearing fraud, the opposition has mobilised an army of lawyers from across Turkey to monitor Sunday's election, with the Istanbul Bar Association unfurling a huge banner at their headquarters that reads: "Stand guard for democracy."

The AKP has gone to great lengths to rally conservative voters who abstained in March.

"If there's something like stolen votes, I think it's better to re-do the election in the name of democracy.

It has also tried to win over Kurds, who number in the millions in Istanbul and have been angered by the crackdown on Kurdish activists in recent years.

Yildirim travelled to one of the main Kurdish cities of Diyarbakir this month and uttered the word "Kurdistan" -- a taboo in Turkey.

There have even been signs of dialogue with the jailed leader of the Kurdish insurgency, Abdullah Ocalan, who this week called on the pro-Kurdish Peoples' Democratic Party to remain neutral in the election, though it has continued to back Imamoglu. 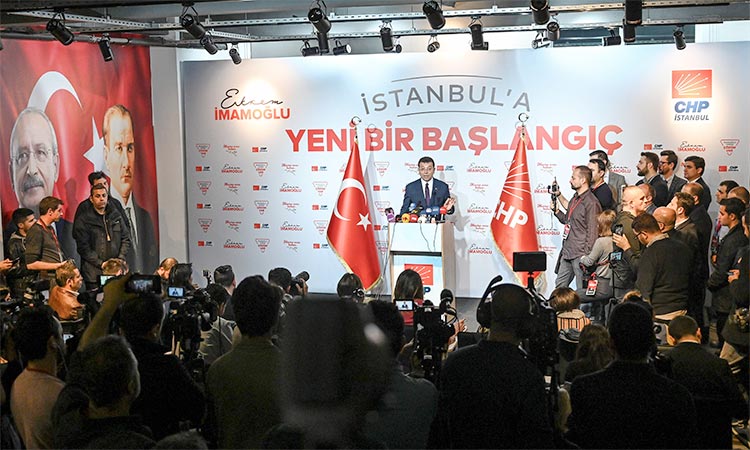