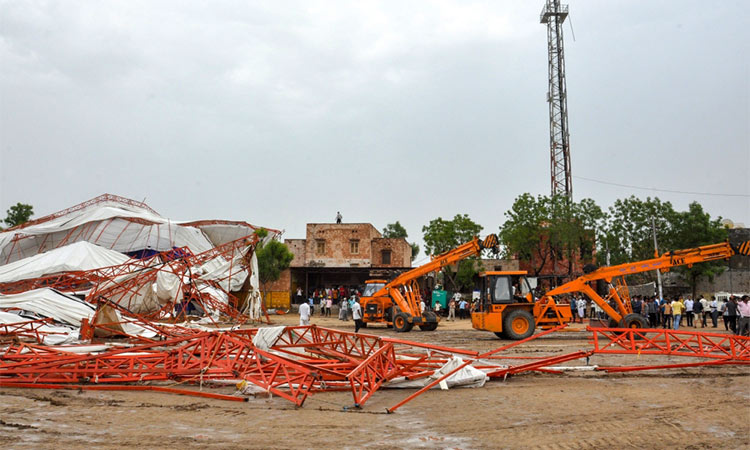 A general view of the site where a pandal collapsed during a religious event in Barmer in the state of Rajasthan on Sunday. AFP

At least 14 people were killed and 50 injured on Sunday when heavy rain and a thunderstorm caused a huge tent to collapse in the Barmer district of India's western desert state of Rajasthan, a senior government official said. 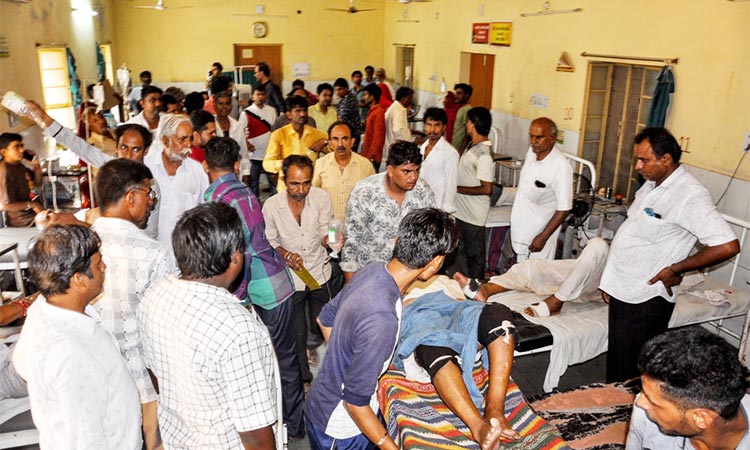 Injured people are being treated at a hospital in Barmer in the state of Rajasthan. AFP

Some people died after being electrocuted by live electricity wires as the tent collapsed while others were hit by falling debris, Mishra said.

The injured were rushed to hospital, he added. No other details were immediately available.