The building went down before sunrise in the casino-resort town Sihanoukville in southwestern Cambodia, a rapidly developing tourist hotspot awash with Chinese investments.

Four people have been arrested in connection with the accident, including the Chinese building owner, the head of the construction firm and the contractor. A Cambodian landowner has also been held at provincial headquarter for questioning.

The seven-storey building was almost 80 percent complete when it crashed down early Saturday, the deadliest such accident in recent years in Cambodia.

At least 21 people were reported injured -- several critically -- and at least three of the dead were Cambodian, including two workers and a translator.

Rescue workers in hard hats pulled people from a mountain of concrete, wood and twisted metal.

Medical workers attended to a shirtless injured man as concerned crowds built up around the site, while scores of soldiers and police joined the search for survivors.

"Teams continue to search for more victims," a provincial official statement said, adding that an investigation into the accident had been launched.

There was no confirmation of precisely how many people were at the building at the time of the collapse, though earlier officials said 30 people were feared trapped.

Around 50 workers would normally have been on the site at the time, Preah Sihanouk governor Yun Min said.

The building belonged to a Chinese national who rented the land from a Cambodian owner. The construction firm and contractor were both Chinese-owned as well.

Sihanoukville was once a sleepy fishing community before being claimed first by Western backpackers, and then wealthy Russians.

Chinese investment has flooded in in recent years, spurring a construction boom in a resort town known for its casinos which pull in mainland tourists.

There are around 50 Chinese-owned casinos and dozens of hotel complexes under construction.

Between 2016 and 2018, $1 billion was invested by Chinese government and private businesses in the Preah Sihanouk province, according to official statistics.

Cambodia, one of Southeast Asia's poorest countries, has notoriously lax safety laws and labour protections. Accidents are common at its building sites. 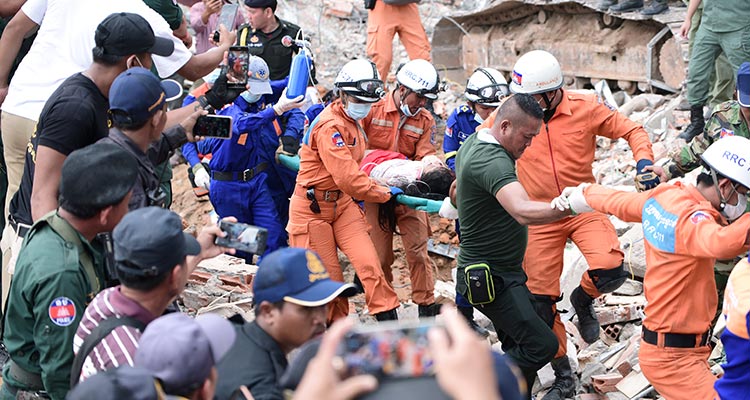 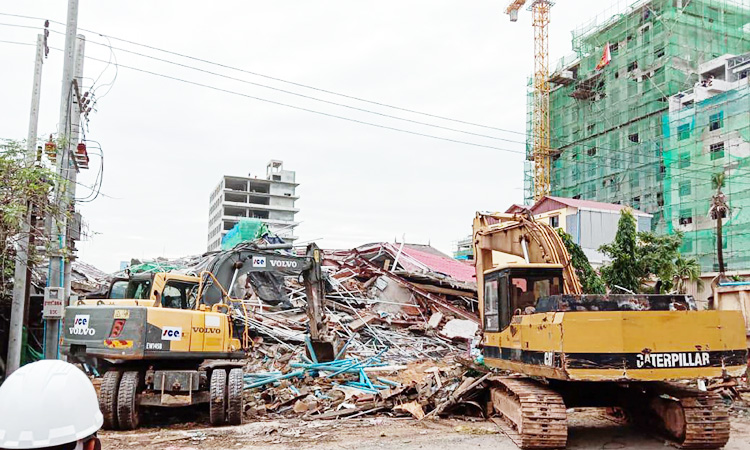