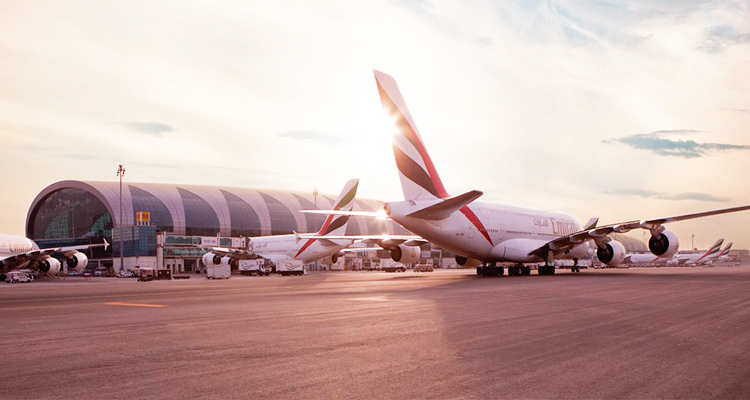 The General Civil Aviation Authority, GCAA, has called on registered air operators within the UAE to evaluate flight paths affected by recent airspace restrictions in the region.

In a statement, the GCAA said that given current regional developments and as a precautionary measure, UAE-registered air operators need to avoid operating in areas that could jeopardise civil aviation safety and operations.

In light of the current situation, Emirates has taken precautionary measures including rerouting all flights away from areas of possible conflict.  We are carefully monitoring the ongoing developments and are in close contact with the relevant government authorities with regards to our flight operations, and will make further operational changes if the need arises.

The reroutings have minimally affected the arrival/departure timings of some flights, and we urge customers to check the latest schedules on emirates.com , so they can be informed of any flight changes. As always, the safety of our passengers, crew and aircraft is our number one priority and will not be compromised.

Etihad Airways has announced its suspending operations through Iranian airspace over the Strait of Hormuz and the Gulf of Oman.

In a statement, the national airline of the UAE said, "Following the decision yesterday of the US Federal Aviation Administration to restrict US airline operations in Iranian-controlled airspace, Etihad Airways consulted closely with the UAE General Civil Aviation Authority and other UAE airlines to evaluate the US action."

"Etihad Airways has subsequently suspended operations through Iranian airspace over the Straits of Hormuz and the Gulf of Oman, and will use alternative flight paths on a number of routes to and from Abu Dhabi until further notice," it added.

The airline said that these changes will cause delays on some departures from Abu Dhabi, "due to increased congestion in available airspace, and will increase journey times on some routes."

The safety of our passengers and staff is the highest priority for Etihad Airways assured, adding that it is "continually engaging with regulatory authorities and conducting our own risk assessments to ensure that our standards are not compromised."

Updates on affected flights will be provided on the Etihad Airways website, the statement concluded.

Emirates, Etihad suspend flights to and from Britain

The UAE airlines took the decision after Britain banned direct passenger flights to and from the UAE from Friday, shutting down the world's busiest international airline route from Dubai to London.