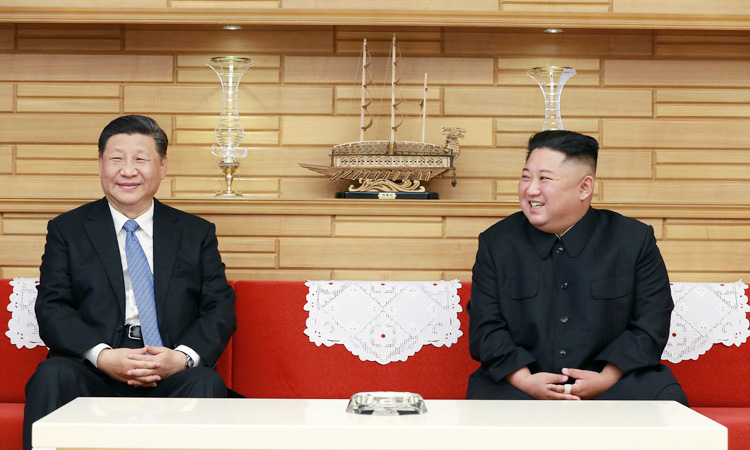 Xi arrived in Pyongyang on Thursday for a two-day visit, the first by a Chinese leader in 14 years, and was greeted with a lavish welcome which included a performance of the song “I love you, China” and thousands of people holding up placards that formed a picture of Xi’s face and the Chinese flag.

China is the North’s only major ally and Xi’s visit is aimed at bolstering an ally under pressure from UN sanctions over its nuclear and missile programmes and a breakdown in denuclearisation talks with the United States. 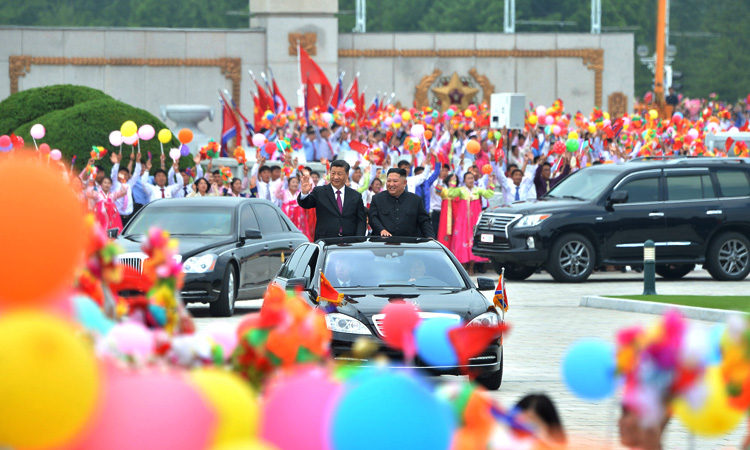 The visit also comes a week before Xi and US President Donald Trump meet at the G20 summit in Osaka amid an ongoing trade dispute.

Video footage and photos released by North Korean state media highlighted Kim and Xi with wide smiles as they met at the airport, drove through Pyongyang’s streets in an open top limousine, and attended the “Mass Games” propaganda show.

KCNA said the Mass Games performance - titled “Undefeated Socialism” - was specially prepared for the Chinese goodwill visit and included songs such as “Without the Communist Party, there is no new China” and “I love you, China.”

A photo released by KCNA showed thousands of people holding placards to form a giant picture of Xi’s face and the Chinese flag at the mass gymnastics and arts performance.

Other KCNA photos showed Xi and Kim smiling and laughing at the airport, on the red carpet, gazing at cheering children and sitting with their wives.

The ruling party’s main newspaper, Rodong Sinmun, ran a special expanded edition on Friday, with eight out of 10 pages devoted to photos and text about Xi’s visit.

While major allies, the two countries have often had strained relations.

Xi said Beijing and Pyongyang agreed that a political settlement of the Korean Peninsula’s nuclear issue has been “an inevitable trend,” and that they need to continue to stick to peace talks, according to China’s Xinhua.

On Thursday, Xi praised Pyongyang’s efforts towards denuclearisation and said the world hopes North Korea and the United States can talk to each other and for those talks to be successful.

Since a failed summit between Trump and Kim in Hanoi earlier this year, Pyongyang has conducted some weapons tests and warned of “truly undesired consequences” if the United States is not more flexible.

At a dinner banquet on Thursday, Xi said China firmly supported Kim seeking a political solution to the Korean Peninsula issue and the establishment of a great environment for self-development via “a new strategic route”, according to KCNA. 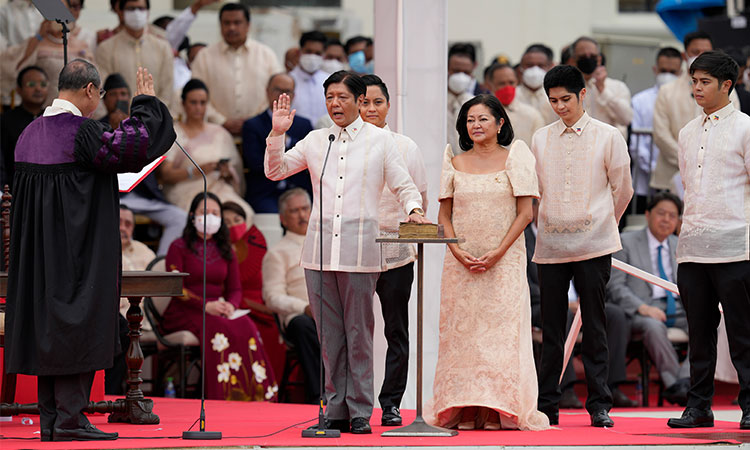 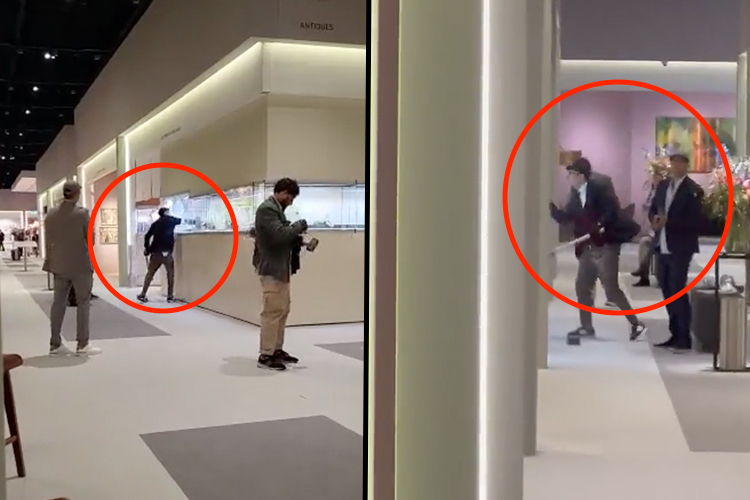