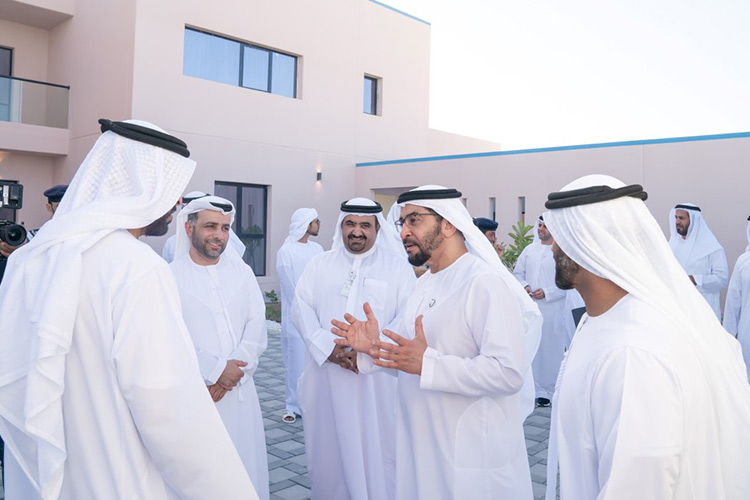 Sheikh Hamdan Bin Zayed is being brifed about the project. WAM

Sheikh Hamdan was briefed by Suwaidan Al Dhaheri, CEO of Musanada, contractor of the AED1.3 billion project, about the infrastructure work. The housing complex will span 2.2 million square metres in Al Dhafra Region and will have four mosques, 12 public parks, six markets, a public beach, and a women-only beach.

The Integrated Transport Centre has begun operating a number of modern air-conditioned cabins for bus passengers in Al Ain in several of its vital locations, including the government departments complex, the public street, and Oud Al Tawba area.

The cabins are very sophisticated with an exterior design chosen in line with the city’s urban landscape, reflecting its nature, besides the advanced elements used in furnishing them.

The Centre informed these projects contribute to the elimination of many of the non-civilized practices before the installation of cabins in these areas such as the gathering of passengers waiting for buses, sitting on the sides of roads and over the green areas and between buildings in search of shade and protection from sunlight during summer.

A number of public bus passengers valued the efforts of the Centre and its keenness to provide them with comfort.