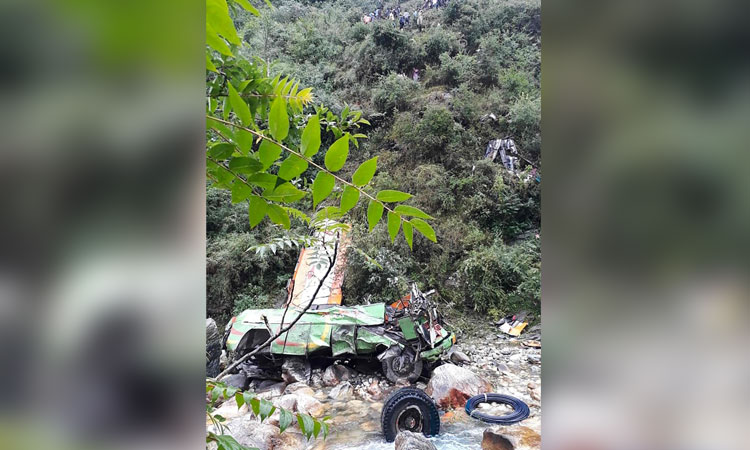 The remains of a bus carrying some 50 passengers are seen after it fell into a gorge in Himachal Pradesh on Friday. AFP

A bus fell into a deep gorge along a sharp curve on a mountainous road in northern India, killing 39 people, police said on Friday.

Singh said 25 people died at the scene of the crash on Thursday and another 14 people succumbed to injuries overnight in the hospital. 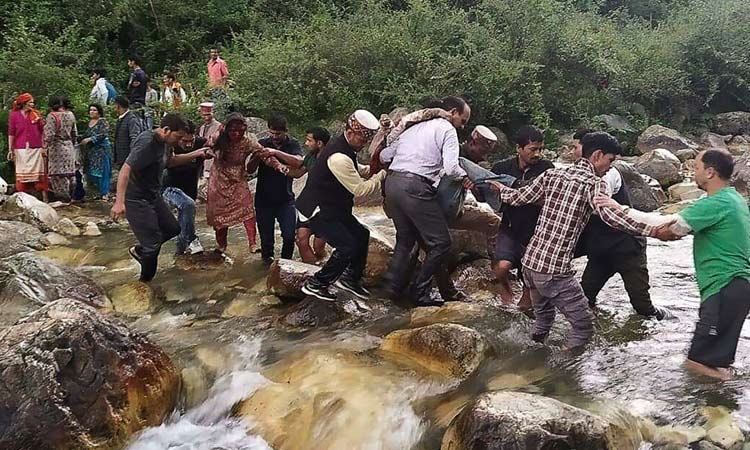 Local residents help accident survivors cross a river after a bus fell into a gorge in Himachal Pradesh. AFP

The cause of the accident was being investigated, Shalini Agnihotri, another state police officer, said.

Around 150,000 people die every year on India's roads, often because of crowded vehicles, bad road and vehicle conditions or reckless driving.

Last September, 55 people died when a bus carrying pilgrims from a Hindu temple in the hills of south India plunged off a road.

At least 37 dead after bus falls into canal in India

At least 37 passengers were killed when a bus plunged into a canal in the central Indian state of Madhya Pradesh on Tuesday, police told AFP. 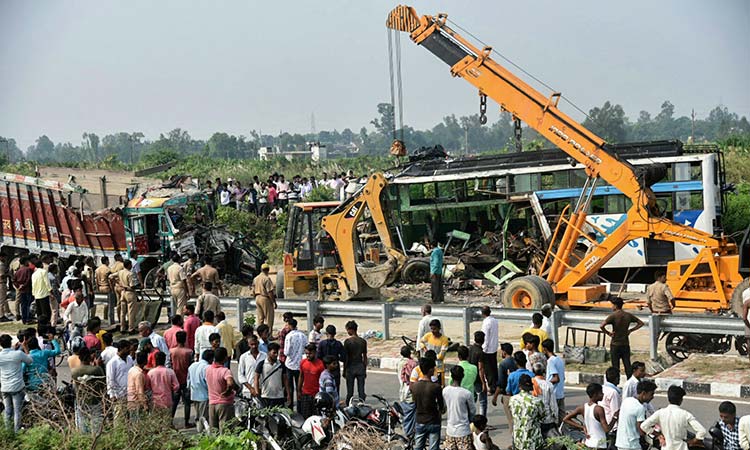 There are fears the number of dead could increase as several passengers received critical injuries, Senior Police Officer Yamuna Prasad said. They were being treated in a hospital.