Sentro Rizal comes into being in AD - GulfToday 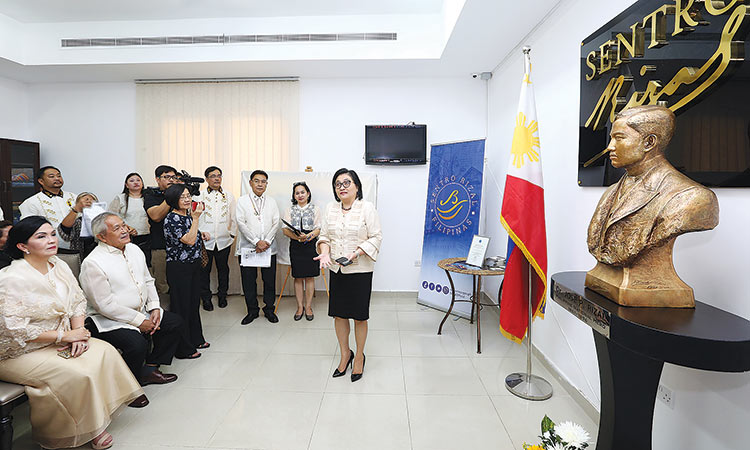 The centre located on the ground floor of the diplomatic mission near Mushrif Mall in the capital was inaugurated by Philippine Ambassador to the UAE Hjayceelyn Quintana evening of June 19, Wednesday, in time for the 158th birth anniversary of Dr Jose P. Rizal (1861-1896), the country’s national hero who revolted against Spanish colonialism by peaceful means, particularly by the pen.

In her speech before representatives of the Filipino Community in Abu Dhabi and the Western Region which included some members of the 32-strong Knights of Rizal-Abu Dhabi Chapter, Quintana first mentioned of who Dr Jose P. Rizal is, for which the cultural centre was named after.

“Dr Jose P. Rizal was a very interesting man. He had a lot of facets that needed to be discovered. He was the First Filipino Traveller as he travelled around the world such as in New York, London and Spain.” Quintana then stated that Sentro Rizal-Abu Dhabi, as in the other Sentro Rizal(s) in 35 of the 69 Philippine embassies across the globe, is the “re-discovery of our identity as a Filipino” encompassing the multi-diversity of the Southeast Asian’s culture and heritage.

“It is similar to the Goethe Institut, Alliance Francais, Instituto Cervantes, and the Korean Cultural Centre (of Germany, France, Spain and South Korea respectively),” said Quintana.

She pointed out that Sentro Rizal-Abu Dhabi would be the channel as it would encourage overseas Filipino children as well as Filipino descendants of mixed marriages to know more of the other half of their roots.

Quintana was delighted to mention that in the audience was Fahed Al Blooshi, the Emirati-Filipino behind the “Emiratino Traveller” social blog.

Requested to speak, Al Blooshi said: “I am honoured to be here. I am glad there is a Sentro Rizal. Keep it up. I am half-Filipino half-Emirati.” Interviewed, fluent Filipino speaker Al Blooshi said: “Nandoon ako sa Pilipinas noong nine years old ako. Then in 2013. Na-mimiss ko lola ko. Matanda na siya. Dalawin ko siya sa mid-August. (“I was there in the Philippines when I was age nine. I miss my grandmother a lot. She is already old. I will visit her.”) “Siyempre, nasa genes,” he added, when informed he spoke the Filipino language so clearly and well. 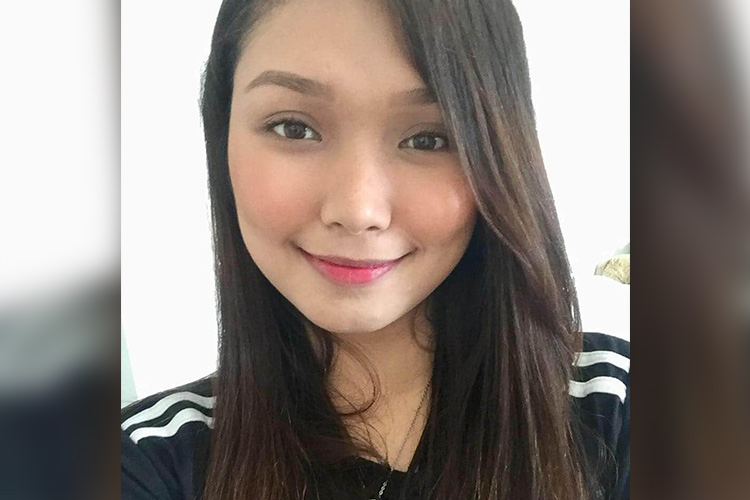 "The Embassy lawyer is now closely assisting the family of Daynolo in taking all the necessary legal action to make sure justice is served," reads a letter signed by Philippines Ambassador to the UAE Hjayceelyn M. Quintana.