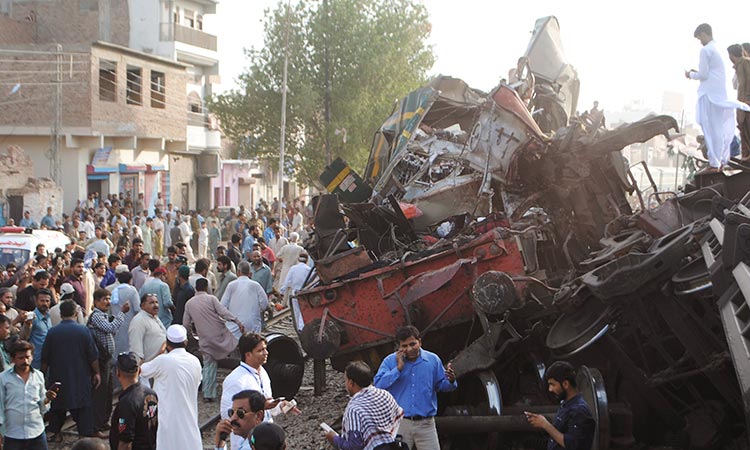 People gather near a passenger train that collided with a freight train near Hyderabad, Pakistan, on Thursday. Pervez Masih / AP

A driver, assistant driver and a guard were killed when a passenger train travelling to Lahore from the southern port city of Karachi hit a goods train that had stopped at a crossing, railway spokesman Riaz Abbasi told reporters.

Ishaq Baloch, a railway official confirmed the death toll and told AFP that an investigation has been launched to determine the causes of the collision.

Baloch said the crash occurred on the main railway track and that train services from Karachi were suspended while the wreckage was being removed.

All passengers on the train were safe, Sheikh Rasheed Ahmed, the country's minister for railways told private TV channel ARY.

Video footage on local media showed the damaged engine and bogies of the trains and rescue workers and hundreds of people gathering to rescue the injured.

Train accidents are common in Pakistan, where railways have seen decades of decline due to corruption, mismanagement and lack of investment. 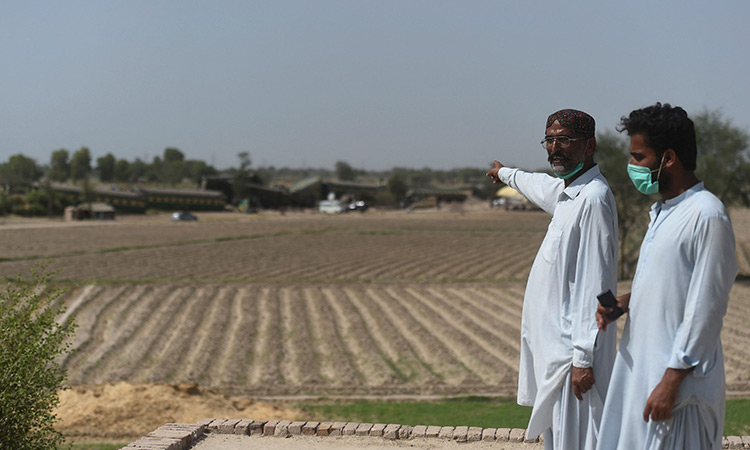 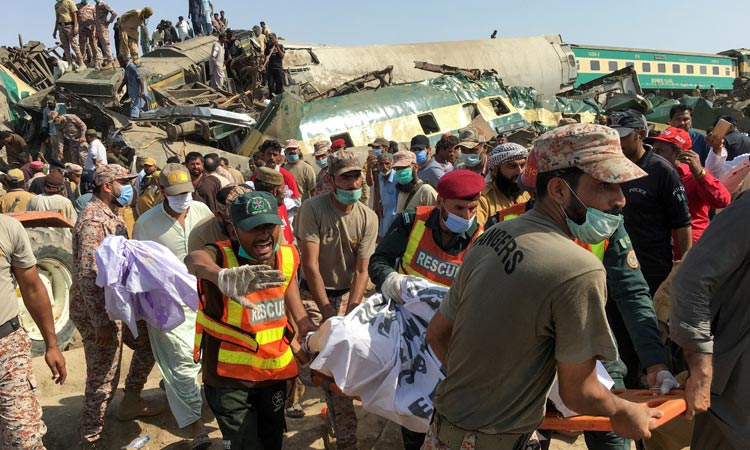