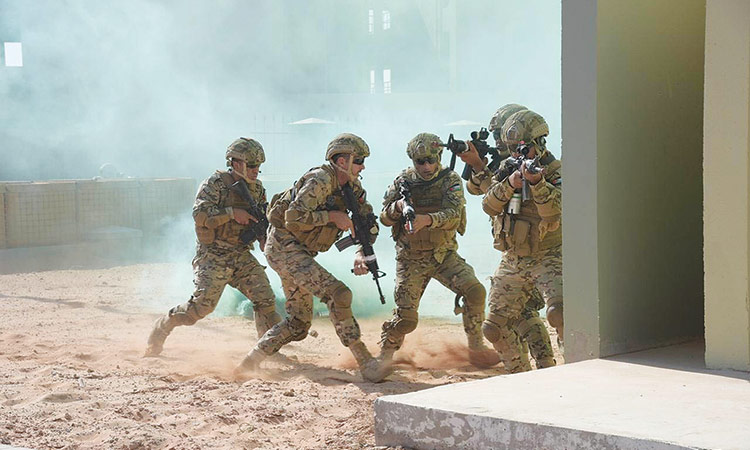 UAE and Jordan forces take part in the ‘Bonds of Strength’ drill. WAM

The UAE and Jordan on Thursday started joint military drills in demonstration of the robust cooperation ties between the two countries.

Titled “Bonds of Strength”, the exercises are part of the ongoing military collaboration between the armed forces of the two countries to improve their fighting capabilities and combat readiness in face of the various challenges besetting the region.

They have gained growing importance owing to the current developments in the region, which entail maintaining the highest level of readiness to ensure the protection of the country’s national gains and assets and deter any attempts to inflict damage on Arab and Gulf national security.

The UAE and Jordan share identical views on confronting the current menacing threats to the region, with both of them being active members of the Global Coalition against Daesh in Iraq and Syria.

Both countries are participating in the Saudi-led Arab Coalition in support of legitimacy in Yemen against the terrorist Houthi militias which are seeking to undermine the unity and security of Yemen.

They also categorically reject all interferences into the internal affairs of the region’s countries and stand up to all conspiracies and plots hatched to destabilise the region and destroy its assets.

Staff Brigadier Saeed Salmeen, the director in charge of the military exercise, said the drills seek to ensure operational and military training alignment between the two countries’ forces and reinforce their combat gear and capabilities in face of all kinds of threats and challenges.

Al Baloushi conveyed the regards of President His Highness Sheikh Khalifa Bin Zayed Al Nahyan to King Abdullah II. He also expressed his happiness at representing his country in Jordan and his pride at the fraternal and distinguished relations between the two friendly peoples.

The UAE diplomat also stressed his keenness to exert utmost efforts to enhance cooperation on all fronts.

Meanwhile, Dr Omar Al Razzaz, Prime Minister of Jordan, and Mohammad Bin Abdullah Al Gergawi, Minister of Cabinet Affairs and the Future, discussed the progress of various initiatives launched by the UAE and Jordan, as part of their strategic partnership that aims to update the Jordanian government’s working practices.

The discussions occurred during a meeting between Al Razzaz and a senior UAE Government delegation in the Jordanian capital, Amman, in the presence of Majd Shwaika, Minister of Tourism and Antiquities, and Atoufa Sami Al Daoud, Secretary-General of the Jordanian Cabinet.

The Emirati delegation was led by Al Gergawi and included Ohoud bint Khalfan Al Roumi, Minister of State for Happiness and Wellbeing, and Mattar Al Shamsi, UAE Ambassador to Jordan.

Al Razzaz highlighted the deep and historic relations between the UAE and Jordan, which are supported by their leadership, and acknowledged that Jordan is keen to reinforce cooperation, especially with regard to improving its administrative performance.

He also praised the UAE’s experience in providing quality services to its citizens, which is appreciated around the world, as well as its government performance and development assessment systems.

Al Razzaz stressed that the cooperation between the two countries with regard to government performance and services is improving, while keeping pace with the latest developments and technological advancements. He highlighted the keenness of the Jordanian Government to cooperate with its UAE counterpart in launching business incubators in his governorates.

Al Gergawi said that the partnership between the UAE and Jordan aims to upgrade the latter’s government working practices, and it has achieved realistic outcomes by implementing comprehensive initiatives. 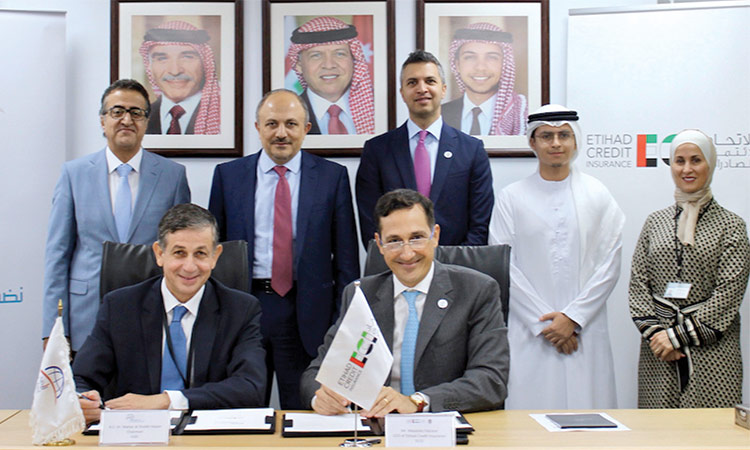