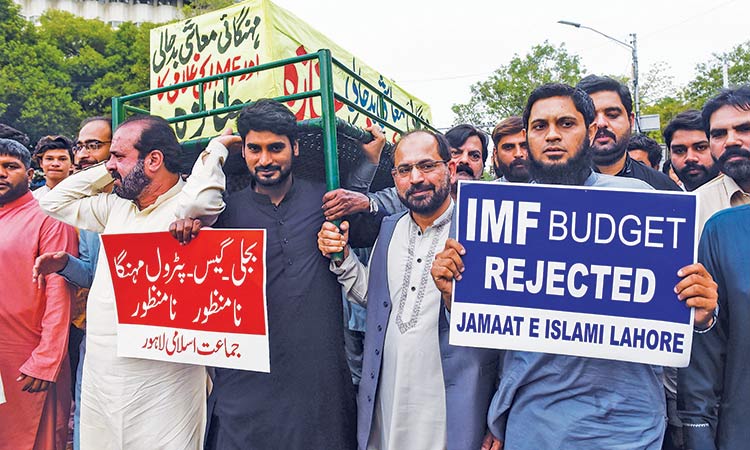 Pakistanis carry a symbolical casket of hunger and poverty and hold posters during a protest in Lahore on Tuesday. Agence France-Presse

Making the most of the opportunity, Shahbaz delivered a speech which went on for more than 3 hours, and touched upon a number of topics, including PML-N government’s performance, state of economy, International Monetary Fund (IMF) loan, foreign debt, rate of US dollar - and the budget.

He began by first addressing the chaos the NA had witnessed in its last three sessions, expressing regret over “wasting days.” “The pandemonium was against the traditions of this house, it does not add to its glory.”

He also backed Bilawal’s demand for the production orders of the four MNAs. “They have received votes from the people to represent their demands. You are the custodian of this house, you have a big responsibility to ensure their presence under the powers given to you, that they are able to come here and represent their constituencies.”

In 2013, Shahbaz said, the genuine votes of the people elected the PML-N government. “We had to face tremendous challenges immediately. During former president Pervez Musharraf’s time, there was a lot of power load-shedding. When we were given the responsibility, there were days when there would be no electricity for 20 hours at a time. This was a big challenge that I, not through a slip of tongue, had said that we will try to solve in six months. God helped us. The then opposition of PTI came out on containers for seven months. They attempted to damage the economy; these were efforts to undermine our work. But ‘man proposes and God disposes’.”

Shahbaz then spoke about Chinese President Xi Jinping’s visit to Pakistan in 2014, saying: “The country won’t forget that when Xi Jinping was visiting, PTI leaders were requested to get up from D-Chowk for only three days - but they said no and, as a result, the Chinese president’s visit was postponed. For seven months the visit was postponed, and somewhere around May 2015, the agreements were inked. We have a few numbered friends - China, Saudi Arabia and Turkey. But at that time, when there was electricity shortage and terrorism, who came to our rescue? It was China.”

Speaking on Prime Minister Imran Khans late-night address to the nation on June 11, in which he vowed to go after the “thieves who left the country badly in debt,” Shahbaz said that he had gone to sleep when the speech started as he’s an “early bird.”

“I asked the next morning if he had said anything new. I was told that he has formed a new commission to examine the debts and to look into who has mishandled/created problems that led to the rise in debt.”

The opposition leader said the commission would also have to look into the Musharraf-era debt and the ones “they [PTI] took in KP.”

Referring to the premier’s comments, Shahbaz said that ImranKhan did not have the authority to give an NRO (amnesty to politicians), terming it “notorious relief order.” I want to ask, for the last time, because Imran Khan has repeatedly spoken about refusing ‘NRO’, who asked for it? Who was the witness? Tell the country, when and who asked him [PM Imran] for an NRO? Is there any witness? The country is very worried; Imran Khan says something but doesn’t give any evidence. I am saying this for the last time on the floor of the house: please tell this country who asked for an NRO, when did they ask and who is the witness.”

Coming to the budget, Sharif said that it had only brought a message of disappointment for the people. “We completely reject this budget. Budget is a sword of torture that is slitting the throat of the average man. If they were to make a people’s budget, there were five things that were important: employment opportunities, raising gross domestic product (GDP), increasing exports and trade, further reducing prices, and providing social and economic justice.”

The opposition leader said that at the end of the financial year, the government had a Rs500 billion hole in their revenue target. “Imran Khan used to say PML-N government imposes indirect taxes. What happened today? The ‘masters of U-turn’ in this budget have imposed 70 per cent indirect taxes.” 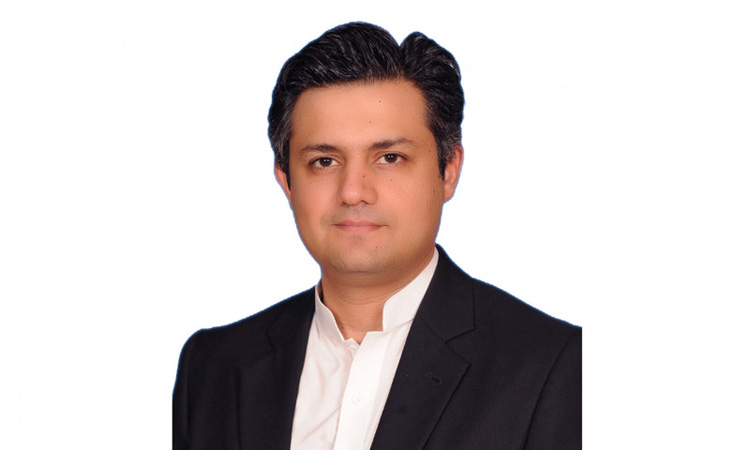