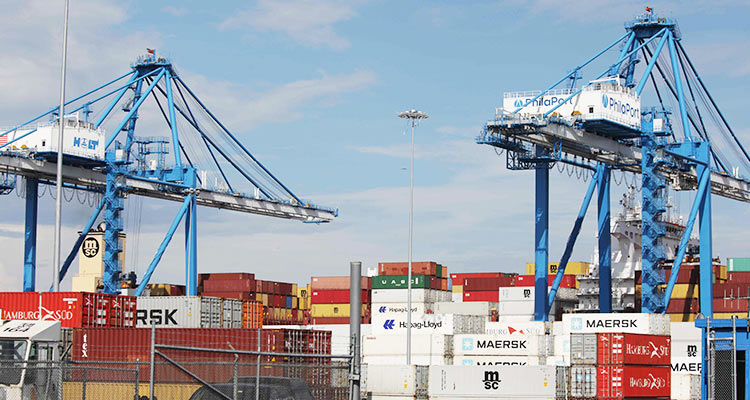 The drugs were found in seven containers aboard the MSC Gayane cargo ship.

"This is one of the largest drug seizures in United States history," tweeted William McSwain, the US attorney for the Eastern District of Philadelphia.

"Members of the ship's crew have been arrested and federally charged" following the drug bust at Philadelphia's Packer Marine Terminal, McSwain's office said on Twitter.

The drugs were found in seven containers aboard the MSC Gayane cargo ship, which was leaving for Europe after having previously called in Chile, Panama and the Bahamas, according to local media.

The bust comes after US authorities seized nearly 1.5 tonnes of cocaine in March -- the biggest haul in nearly 25 years at the port of New York/Newark.

The United States, the world's largest consumer of illegal drugs, is currently experiencing a deadly epidemic of opioid use.

Deaths from drug overdoses in the United States hit an average of 197 a day in 2017, according to the US Centers for Disease Control and Prevention.