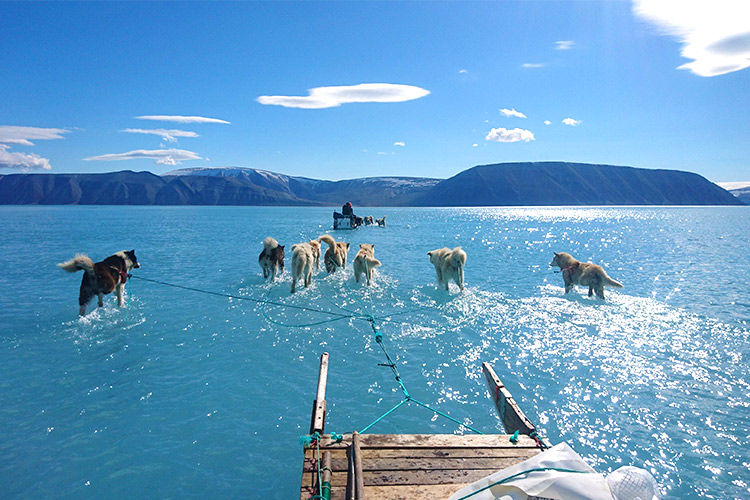 An alarming image of melting ice has emerged from North Western Greenland, prompting experts to think over the climate change issue.

The image, photographed by Steffen Olsen of the Centre for Ocean and Ice at the Danish Meteoroligical Institute, showed sled dogs wading through water on a surface of sea ice during an expedition in North Western Greenland. It showed as if the dogs were walking on the water.

The ice in the area forms pretty reliably every winter and is very thick which means that there are relatively few fractures for melted water to drain through.

“Last week saw the onset of very warm conditions in Greenland,” wrote the Danish Meteorological Institute in an email, and Olsen tweeted that his team relied on traditional knowledge from local hunters and their dogs as they searched for dry spots on the ice.

The team faced this situation when they were out retrieving their weather equipment.

The team also used satellite images to plan their trip. He said the photos documented an “unusual day” and that the image was “more symbolic than scientific to many.”

Steffen M. Olsen later wrote, “Communities in Greenland rely on the sea ice for transport, hunting and fishing. Extreme events, here flooding of the ice by abrupt onset of surface melt call for an increased predictive capacity in the Arctic…”

Experts have said the polar ice caps are shrinking as the climate warms, leading to rising sea levels. They say meltwater flowing into the oceans from the Greenland and Antarctic ice sheets could boost extreme weather and destabilise regional climate within a matter of decades.

The UN climate chief said climate change is an "existential issue" for humankind, and stepping up efforts to keep warming to globally agreed limits is urgent.

Patricia Espinosa called on governments to make progress at talks in Bonn.

The mid-year climate negotiations are tasked with resolving outstanding issues in setting rules for the 2015 Paris Climate accord, ahead of an annual conference in Chile in December.

The European Union urged its member states on Tuesday to accelerate efforts to meet their 2030 Climate goals after a review showed them falling short in some areas as the bloc's leaders prepare to debate going carbon-neutral by 2050.

With the mid-century target on the agenda at an EU summit this week, the European Commission's audit showed the 28-nation bloc on track to meet its headline pledge of cutting emissions by 40% by 2030. 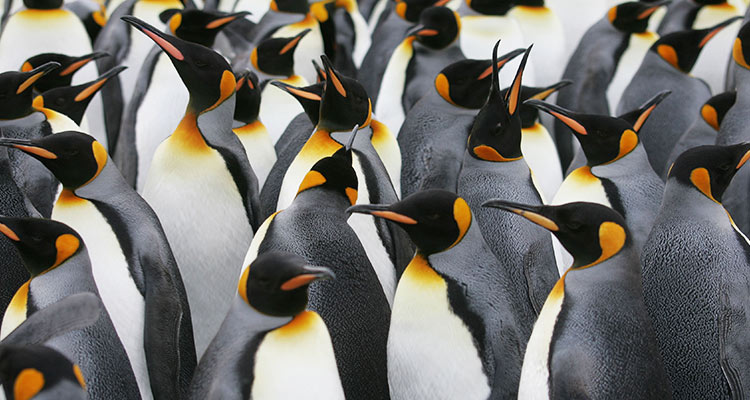 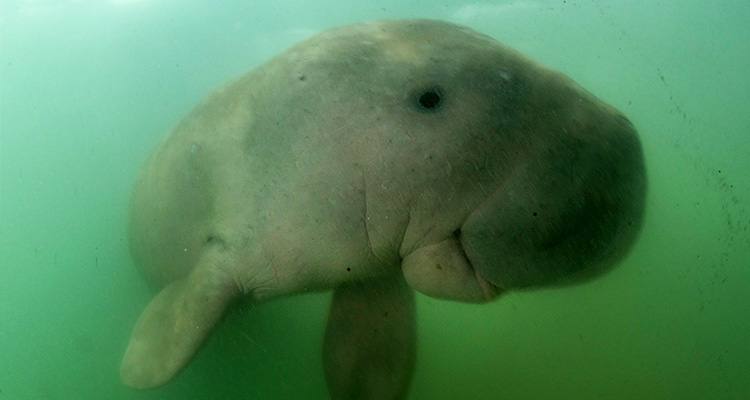